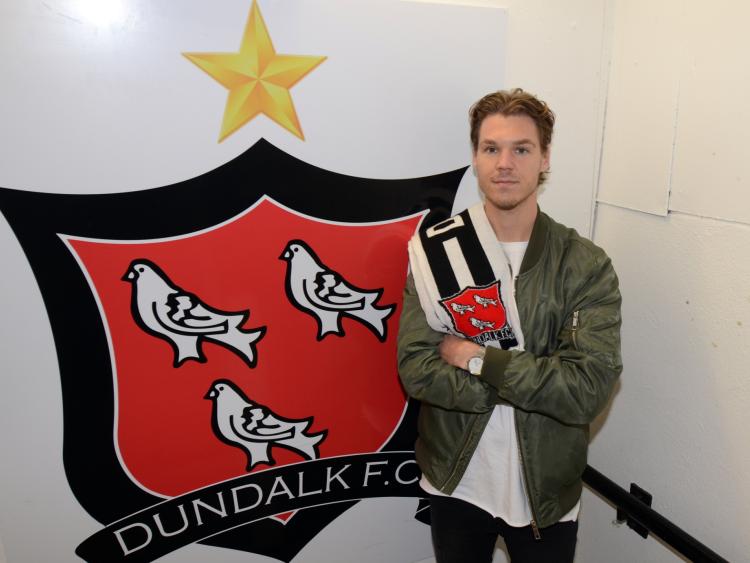 New Dundalk signing Niclas Vemmelund is looking forward to facing his old club Derry City - even though he expects to receive a hostile reception from the stands.

The Dane played 41 times for the Candystripes last season but angered supporters in the Maiden City when he announced he was leaving the club in December, a move that Derry manager Kenny Shiels described as ‘hurtful'.

Vemmelund also said that coming back to the League of Ireland was ‘plan b' so he can expect a feisty reception when he turns up at Maginn Park on March 13 decked out in Dundalk colours.

“That's football,” he told The Dundalk Democrat. “I have some very good friends in Derry and I don't think the players will be disappointed with me. I spoke with them and they understood my decision.

“The supporters around the club might think different but that's football. Players change club. It's part of the game.”

The 24-year-old, who won an Icelandic league title with Stjarnan in 2014, said that the prospect of winning more silverware forced him into a rethink about staying in Ireland.

“I found out just before the New Year that Dundalk looking at me,” he said. “It's always nice when a team that has won the league for the last three years is interested.

“It's a simple reason why I stayed and that's because I want to win trophies with Dundalk. That's what you want to do as a footballer.”

Vemmelund's arrival adds to Stephen Kenny's defensive options but after appearing in all but one of Derry City's 42 games last season, the former Danish U19 player has set his sights on becoming a regular in the starting XI.

“Stephen will make that call but I want to play every week. I missed one game with Derry last year and I'm hoping to do the same thing here.

“Dundalk lost some big players but that gives new players an opportunity. If you work hard and have an attitude that every game and training session is important then you have a good chance.”

Dundalk's European run in 2016 season caught the imagination of everybody involved in the domestic game and Vemmelund was no different.

He already has European experience under his belt, playing in seven of Stjarnan's eight Europa League matches in 2014, a run that saw them beat Lech Poznan from Poland before going out to Inter Milan, and is keen to add to it with Dundalk.

“I've played in Europe before, I know how it is and for me, they are the nicest games to play in,” he said.

“Of course, everybody wants to do get to the group stages again or even go further than the team did last year but when you have such a good season it is always tough to repeat it or do better.

“Everybody has high expectations but I know how good the players are here and we will be aiming to do it.”

Vemmelund is equally adept at centre-back or right-back and Kenny said he was thrilled to have landed his signature.

“Niclas is only 24 but he has already won the Icelandic league and played in some big European games. He will add good competition.

“At right-back, he is very attacking. He has good composure and gets forward really well. At centre-back, he has great distribution and he is a really good defender. That's what we'll need.”