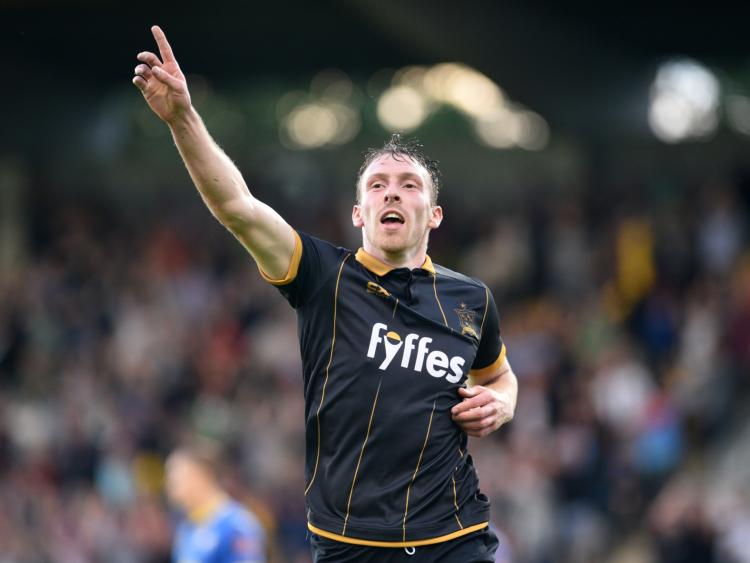 Dundalk fans were still digesting the news that Jamie McGrath and Niclas Vemmelund had signed for the champions on Sunday afternoon when a tweet from David McMillan, less than one-hour later, cranked the giddy meter into overdrive.

No words were needed; emojis of a black and white circle sufficient enough to get the message across that last season's top scorer had committed himself to the club for another year.

McMillan had been linked with a switch to Shamrock Rovers over the winter but signing for another Irish club was never in his thoughts.

A Scandinavian club - believed to be Norwegian side Rosenborg - did make an enquiry but the 28-year-old said that Stephen Kenny's offer - which was on the table from a very early stage - was the only one that mattered.

“There was some interest from a club in Europe but it came to nothing. They wanted time to move players out and I have found in the past that if a club isn't too eager to complete a deal then it's probably not going to happen,” he explained to the Dundalk Democrat shortly after penning his new one-year deal.

“I came to an agreement with Stephen early on. He said he would give me time but eventually it got to the stage where I had to make a decision. Dundalk offered me a fantastic deal and I couldn't let it slip through my fingers. In the end, it was a no-brainer to stay and I'm delighted to be back.”

McMillan will return to a dressing room missing a lot of familiar faces. Eight of last year's title-winning squad - most notably Daryl Horgan, Andy Boyle and Ronan Finn - are no longer at Oriel Park and many people outside of Dundalk feel that four-in-a-row might be a step too far for Kenny's side.

“In the past, we've lost one or two each season but obviously now we've lost more and three of them were first team regulars,” acknowledged McMillan.

“I'm sure Stephen would have liked to have kept them but the success we've had has given the likes of Daryl and Andy a platform to go on get a move to England.

“However, from day one, Stephen has always replaced players and made the team stronger and the signings he has made mean it's shaping up nicely.

“I think this season will be our toughest challenge,” he continued. “I'm sure all of the other clubs are sick of hearing about us and they'll be desperate to stop us.

"There'll be questions asked of us but it's a challenge we want to rise to because winning four-in-a-row would be incredible.”

New players like Vemmelund and McGrath will be expected to hit the ground running at Dundalk and McMillan has no doubts that both will play an integral part this season.

“Jamie has done very well since making the breakthrough at St Pat's. I remember he came on against us a couple of years ago in Richmond Park. We won the game but he lit the place up and we know what he can do. He's a great talent and as a forward player, I'm really looking forward to working with him.

“At the back, Niclas looks very comfortable and reads the game well. Whenever I played against him last year he went about his business really efficiently in the way that Andy Boyle does to and I think he'll be a great addition.

“He only missed one game with Derry City and we've lost players who played 50 matches season in, season out so it's important to have lads like him coming in.”

McMillan's 16 league goals were key to Dundalk winning three-in-a-row last time out. A similar return in 2017 would be nice but he said it wasn't the be all and end all.

“If I can repeat what I got last year and we win the title then I'll be absolutely delighted but I scored 12 or 13 goals in 2015 and we won the league and cup double so I'd happily take that again.

“There's no point in me scoring 20 goals and the team ending up with nothing. It's what we win as a team that matters,” he said.