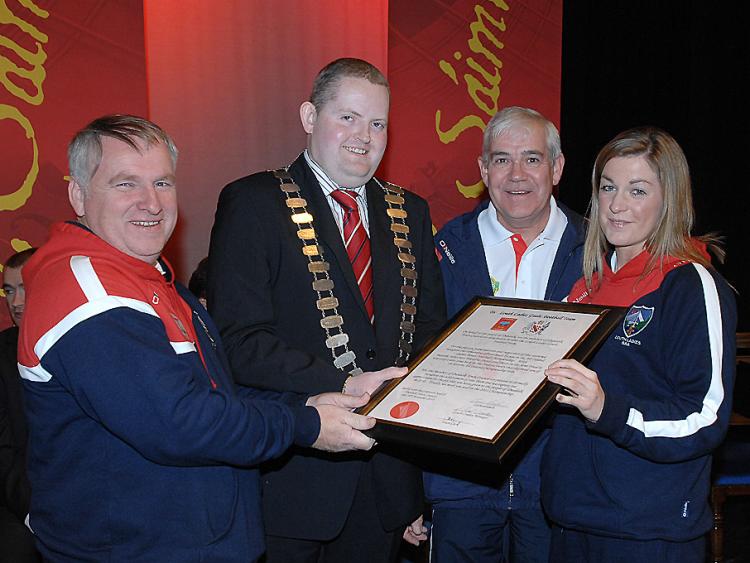 The reconvened AGM of the Louth Ladies County Board was held in the Geraldines GFC clubrooms in Haggardstown last week.

A record attendance of 67 delegates elected a new chairman on the night as Dermot Woods held off the strong challenge of Pat Carr by 35 votes to 32. The result sees the Naomh Malachi returning to the position for a third term.

Having first been elected to the position in 1997, Woods oversaw the county’s first ever All-Ireland success a year later when the Cathy Reynolds-captained team beat Roscommon in a memorable junior final in Croke Park.

In 1999, Louth, managed by Dermot Agnew, took the intermediate title by beating Cork, Kerry and then Wexford in the final.

In Woods’s last season, 2001, Louth were in Division One of the league but most of their fixtures were wiped out due to the foot and mouth crisis. He stepped down at the end of that season with John Duffy of St Patrick’s taking his place.

Woods returned as Louth county chair in 2007 with the county’s fortunes at a low ebb. However, two years later Louth on the up again as they won the Leinster Junior Championship.

Just 12 months later in 2010, again with Dermot Agnew in charge, Louth were back in the All-Ireland final where despite turning in a fine display, they went down to Limerick.

At the end of that he stood down for a second term but continued in the position of PRO for the following three seasons.

There is also another new face at the top table where Liam O’Neill takes over the role of secretary. Liam is an experienced official having served for many years on both the Louth minor and senior boards, as well as being a referee in the county.

Another newcomer is Donegal native John Boyle who takes the position of development officer.

Roisin scored two of the Louth goals in final and is currently a member of the Geraldines team that reached the 2016 Senior Championship final.

Sonia Gernon and Edel Woods will be in charge of the minor team while Chris Doyle (Clan Gael) will again take charge of the U16s with Michelle Lowth (Stabannon), Nicole Sheerin (Roche), Patricia Duffy (St Fechin's), Lisa Duffy (Na Piarsaigh) and John Carr (Geraldines) as his assistants. The U14 management team is expected to be announced soon.