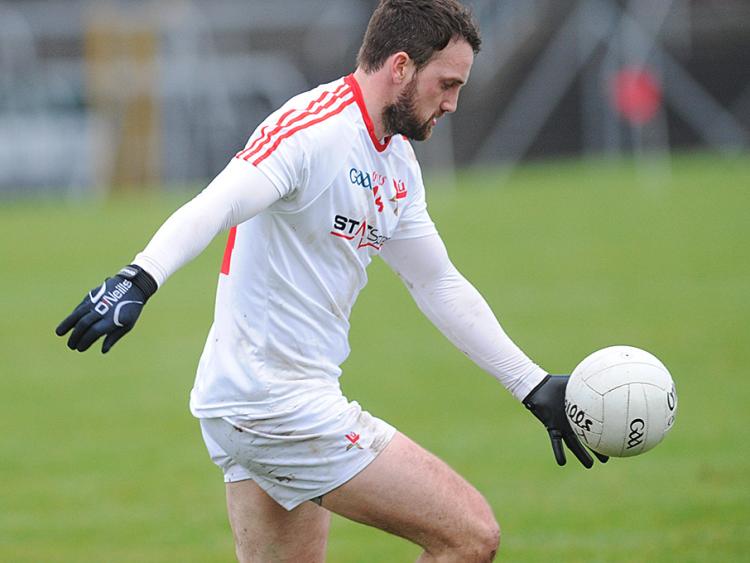 A new year, a new jersey and even a new sponsor but it was an old familiar face that received the most attention after Louth’s O’Byrne Cup victory over Westmeath on Sunday, writes Dan Bannon.

In 2015, Derek Crilly decided to remove himself from the rigours of inter-county football. However, the hunger was still there for a return and me marked his comeback to the Louth scene with an impressive showing in the victory in the midlands.

“It was nice to get a break from it,” he said afterwards. “I got married at the start of last year and then I was away on honeymoon and stuff like that so you kinda get to see other things and do things you didn't get to do.

“I’m trying to make the most of it and I’m definitely happy to be back,” he added.

The Gaels man marked his comeback with an important goal against Westmeath before half-time.

“Conall McKeever thinks he had it over the line and then I had two goes at it so third time lucky,” he smiled. “Sure they all count!”

Looking out at the field from his viewing point at full forward,  Crilly felt his teammates put in an excellent defensive shift.

“Westmeath started very well without there being too much in it but we stuck at it.

“The boys at the back worked very hard and then we started to put a couple of nice moves together and probably could have been a wee bit further ahead at half time.

“In the we definitely missed a couple of chances that really should have killed the game off.

“I'm sure that is something we can work on later on. We probably have to be ruthless with those chances, in the league especially, because there is going to be a lot of tight games,” he added.

With home matches against Maynooth and Carlow on Wednesday and Sunday respectively, Louth now in a great position to top Group D and advance to the semi-final. Crilly, though, said they will not be taking either side for granted.

“I know it is only early on but a bit of momentum and confidence is key. We have to make today’s win count,” he declared. “The aim is to get another competitive match against another good team who will have topped their group.

“The level of colleges football is thriving at the moment so it is going to be a tough match playing against lads that are young and fit with a sprinkling of seasoned county players.”