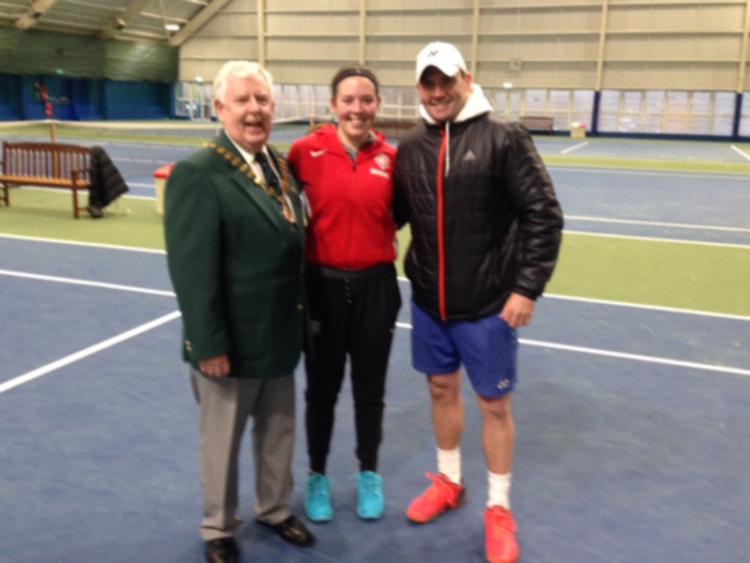 Ruth Copas became the Irish Ladies national tennis champion on New Year's Eve when she defeated Romanian Karola Bejenaru, who is ranked 811 in the world, in a gladiators contest, taking the title 1-6, 7-5, 7-6.

En route to the final, Copas went in as the No 2 seed for the event after defeating Shauna O’Keefe in the first round 6-1, 6-3.

In the second round, Copas defeated the Irish U18 champion, Shauna Heffernan, 6/3, 6/3 before dispatching Carragh Courtney 7/6, 6/1 in the semi-final.

In the final itself, Ruth went in as the underdog with Bejenaru currently competing on the professional ladies tour and having already dispatched Copas on a couple of previous occasions.

Things didn’t look pretty when Ruth found herself trailing 1-6, 2-5 but her grit and will to win kept oxygen flowing through her veins and she managed to pull a set back before winning the title after three hours of play.

Copas, who is currently on a full-time scholarship at the University of New Mexico in the USA, is now going into her second semester of competition which takes place from January to May of this year.

In the Irish ranks she will now go in as the No 1 ranked lady and will certainly be considered for a position on the next Irish Fed Cup panel which comprises of the top four Irish ladies.

The 20-year-old, who developed as an athlete at the Dundalk Tennis Academy under the direction of her coach and Davis Cup professional, John McGahon, was also a junior Irish national champion and internationally ranked junior player. The academy in Dundalk has built a pathway for players like Ruth who wish to pursue their dream of competing on the international stage, by creating a link with colleges in the USA and developing a unique training environment that attracts top players nationwide.

Meanwhile, in the junior indoors national section - an event which comprises of the top 32 players in Ireland - Dundalk Tennis Club had more representatives which is an amazing representation for a single club.

The junior tennis academy at Dundalk will recommence on Monday, January 9 where players will resume training for the 2017 tennis circuit. For further information contact 042 9335327.