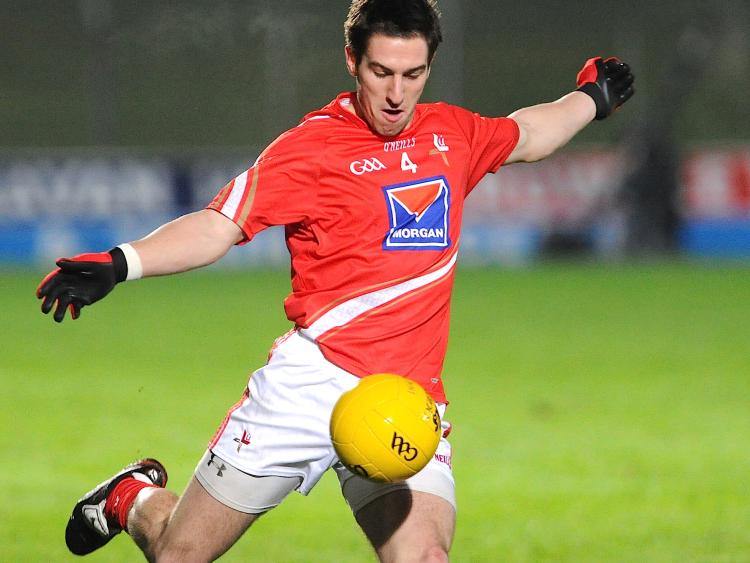 Modern inter county players tend to lead different lives, but, even with the Bord na Mona O’Byrne Cup looming large, Christmas is an exception to that rule.

One player who is well used to the festive routine at this stage is the experienced Dreadnots and Louth defender, Padraig Rath, who spoke to The Dundalk Democrat ahead of next Sunday’s opener against Mullingar in Cusack Park.

“The O'Byrne Cup is always the first weekend in January and it’s always at the back of your mind,” he said.

“You are training through December then come Christmas time and the New Years, it's grand just to get a few days off and have some time to yourself before the football comes thick and fast.”

The O’Byrne Cup provides supporters with the perfect chance to escape from the festive cabin fever and as a player Rath is also itching for some action.

“Competitive games are always good and they always sort of get you focussed. Lads are looking forward to the new year, and hopefully we can start by taking off where we left off last year and really try and push on in Division Three.”

Carlow and Maynooth University make up the group and Rath said the pre-season competition was an important launchpad for the league season ahead.

“Two years ago, when Colin Kelly came in first, we had a terrible O'Byrne Cup and we didn't get any momentum,” he recalled.

“We didn't get any wins at all and it just put everyone on a downer for a while. It was a hard start into the league and we eventually got relegated.

“Last year we ended up getting a couple of wins and got to the semi-final,” he continued.

“It was nice to win games and get a bit of momentum and that’s really what you would be trying to do, get confidence up ahead of the first weekend in February when we play Laois in the league.”

Louth finish the group stage with two home games against Maynooth and Carlow in the space of just four days but a trip to the midlands is their first port of call and Rath is wary of the challenge that Westmeath pose.

“I know Westmeath are in Division Four, but they are after reaching two Leinster finals in a row,” he said.

“Maybe they don't focus as much on the league and early rounds but they are a very strong team and have got some excellent players. They are going to a tough test to start off with.

“It is hard physically on lads playing and trying to recover in between games but it is good in one way as the manager gets to use the full squad,” he added.

“Probably nobody will play in the three full games and the management will get to see the players in a competitive sense and see what they are up to.

“If it was spread out over three weekends the manager might be inclined to stick to the same 22 lads and wouldn't really get to see what hand he has for the league.”

This season will also see the introduction of the mark for the first time and Rath believes the rule change will not only be a good thing for the game, but Louth in general.

“So far, in a couple of challenge games it's been good,” he said. “I think it will be a good thing for the game. It’s just sort of tricky to try and remember it!

“The mark gives boys a chance to go up and compete around the middle knowing that they might get rewarded for a good catch instead of coming down and being surrounded and getting blown for over carrying.

“We have got a few decent big lads in the middle that might be able to compete, the likes of James Califf, Bevan Duffy and Tommy Durnin, so the mark might be of benefit to us.

“If we get the mark we can move the ball on before the opposition then gets into position. We will just have to see how it unfolds over the three games and work on it then even more before the league starts.”