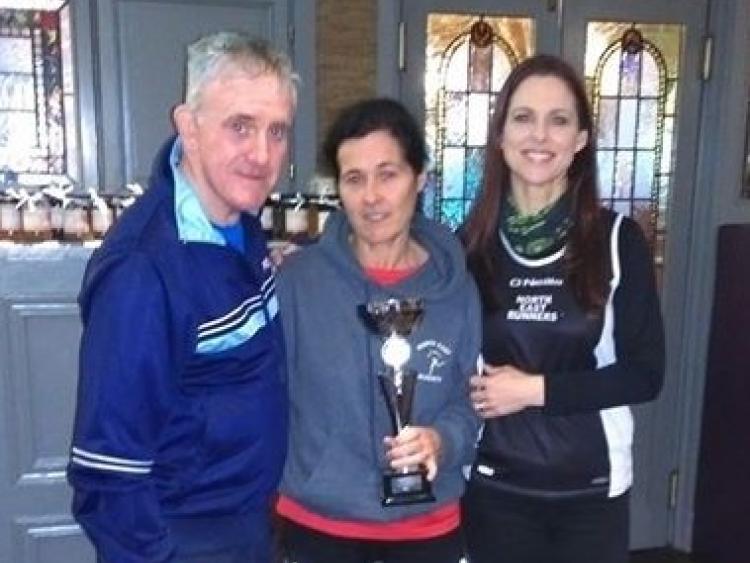 North East Runners club rounded off another successful year with its final Club League event, ‘The Breakfast Run’ from The Sportsman’s Bar and Restaurant on the Old Newry Road.

The event was held over a tough 10km trail and road route around Feede mountain with 58 athletes taking part.

League organiser, Melanie Hearty, got the competitors on their way with double points on offer in the final event.

Athletes’ best scores from 12 of the 20 plus nominated events from throughout the season were applied. Melanie gathered results and updated the league table after each event.

Athletes were awarded points based on their finishing positions in each event with bonus points awarded for achieving personal best times over set distances of 5km, 10km, half and full marathons as well as running faster than the previous year’s on the same courses.

Running in Louth Championships events such as cross country, road and track also gained additional points, especially if a competitor managed to win medals in these championship events.

The event was followed by a fabulous Irish breakfast in the Sportsman’s with the presentation ceremony taking place in the restaurant afterwards.

Anita Bolton proved to be the overall league winner, winning her category many times. This capped off a great year for Anita in which she also led the club’s Ladies Over-50 team to silver medals in the Irish Championships which were incorporated into the Dublin Marathon.

Jim Gonnelly won the leading man prize by just five points from Austin Reid who achieved many personal best times in most of his events during the year.

It was interesting to note that all of these athletes are in the Over-50 age group category so the pressure is on the club’s younger members for 2017. Please contact Melanie to register for this year’s competition which will be announced in January with an updated points scoring system.

Thanks to Paul Quigley and Colm Hearty with their help with the Club League during the year. The guest presenter of the prizes was Richard Duffy, NER’s most respected member who has competed in 1152 events over the past 56 years!