Maguire reflects on a good year for the Wee County 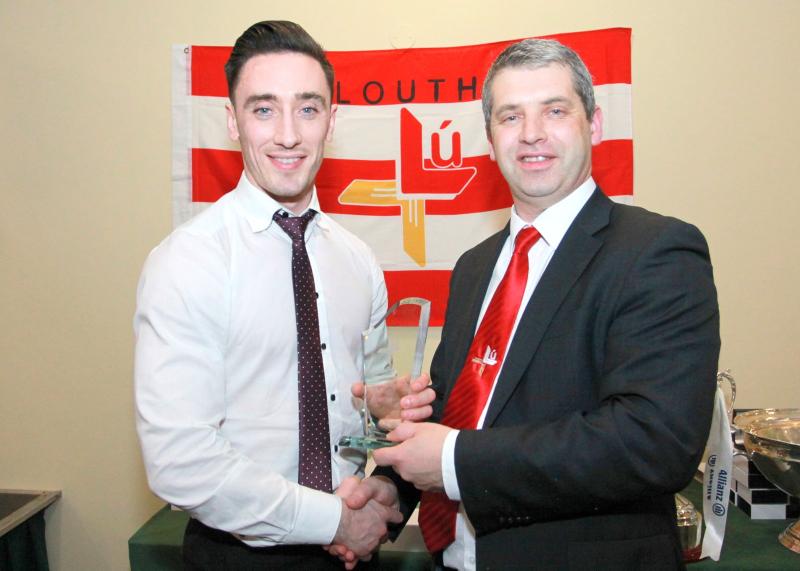 Recently crowned Louth Player of the Year Derek Maguire can look back on 2016 with quiet satisfaction.

Promotion to Division Three was the main aim for Louth this year  and Maguire played a pivotal role in helping the Wee County to silverware.

However, the Dundalk Young Irelands man is well aware that the sun will rise even if the rooster doesn't crow, and is grateful to turn the attention to his teammates.

“It is always nice to get some recognition but I actually found I was more proud going up and collecting the medal for the league because we won it as a group. We trained hard and it’s great to win together, especially like we did at Croke Park back in April,” he told The Dundalk Democrat.

“I’ve never been on a Louth team with lads who want to win as much. I’ve obviously played on Louth teams with great players, but the winning mentality with this team is something that I haven’t experienced before.”

If truth be told, there is a direct correlation in Louth’s league success in 2016 and Maguire’s own personal turnaround.

Since making his debut in 2009, the Dundalk man has played entirely as a forward, but this year he was a revelation after being surprisingly nominated by manager Colin Kelly as the team’s sweeper.

“At the start of the year Colin asked would I play there in a friendly game against Longford. After the year I had before that I was just happy to be getting a game!

“Once I was on the field I was happy,” he continued. “The first time I played there I was obviously a bit green because I was playing in a position with a lot to learn.

“I was used to seeing how players played against me, playing sweeper, and where I didn’t want them when I wanted to get the ball as a full forward.

“So from that I knew where I needed to be. As the season went on and the more I was playing there, I started to get to grips with the position more and more with every game. Paddy Crozier as well, he gave me a huge push behind it as well.”

Maguire pointed back to the O’Byrne Cup game against Kildare at the turn of the year as a turning point. not only for himself but also the team.

“We were hammered by Kildare in the same competition the year before so we wanted to put in a good performance and we actually beat them well in the end.

“We gained confidence as a team and I gained more confidence in the position myself. That O’Byrne Cup campaign set us up nicely for the league. Everybody had huge belief in our system from then on.”

You could clearly see from his outstanding performances throughout the year that Maguire revelled in his new role.

“It was the first year where I was looking forward to playing games and I got on the ball a lot more playing out the field. The switch kind of utilised what my strengths are: carrying the ball, coming on to the ball, getting it off the shoulder when I got forward.

“Those were parts of my game that I was really good at. Playing in the new position meant you are much more involved in the game and I really got to express myself.”

One burning question remains: does he miss playing in the forward line?