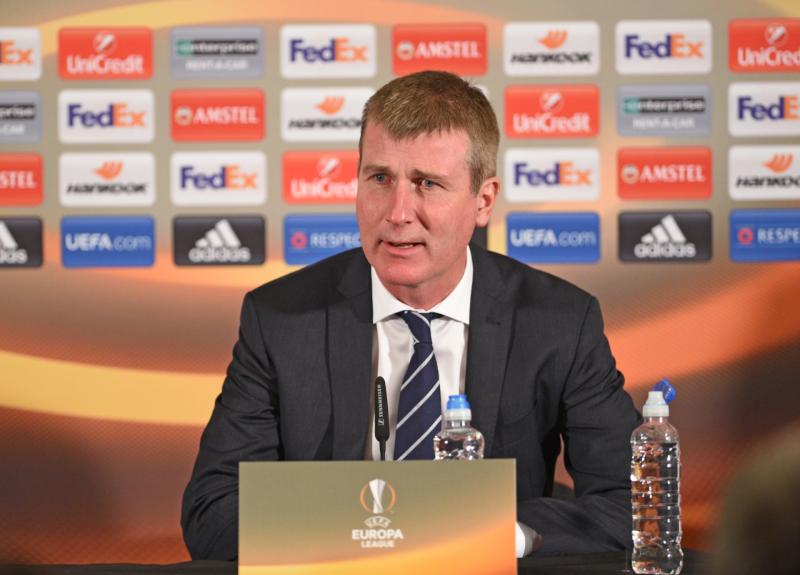 The curtain is ready to come down on 2016 and it could also mark the end for Stephen Kenny's all conquering, three-in-a-row winning Dundalk squad.

Daryl Horgan and Andy Boyle have already departed for Preston North End and while Dane Massey is expected to sign a new deal this week there are big question marks over Sean Gannon, Ronan Finn, Stephen O'Donnell, John Mountney and David McMillan who have yet to commit their future to the club.

Speaking on Monday, Kenny said that ‘success can change people' and he admitted that more players are expected to follow Boyle and Horgan through the exit door.

“We're in negotiations with a few players but it's a very strong possibility that we'll lose players to other clubs, maybe in the UK and the League of Ireland. It's something we'll have to contend with,” said the Dundalk boss.

“This season took its toll on everyone. In terms of the workload, the players and staff were shattered when it came to an end.

“Everybody needed a breather and sometimes when you get a season like we had, where you've almost achieved everything you can possibly achieve, people reflect and think ‘what else is there to do?'

“Success can change people,” he continued. “People start thinking about their jobs and their life outside of football and they start to look at other factors.

“From my point of view, we have to look and see why we were so successful and one of the reasons for that is that we don't take shortcuts or we don't compromise.

“When I was in my first year at Dundalk we turned down players because they wouldn't come and train here. We might lose a few quality players but we won't compromise or change our way of thinking.”

Sean Hoare is Dundalk's only new signing thus far but Kenny said that he was willing to be patient for the right players to come along and has extended his search beyond the League of Ireland.

“Last year it was pretty seamless in the sense that we only brought Robbie Benson and Patrick McEleney in.

“This year there might be a lot more changes and it won't happen overnight. We have until February 20 to finalise our squad but we will be strong regardless.”

One player who won't be joining Dundalk is Dylan Connolly. The 21-year-old signed a new contract with Bray Wanderers over the weekend but Kenny dismissed talk that Dundalk had refused to get into a bidding war with The Seagulls.

“Dylan indicated he was out of contract and we were given the impression he was too but when it emerged he had another year left Bray said they didn't want to sell. We didn't enter any negotiations with them so it’s not true to say we pulled out.”