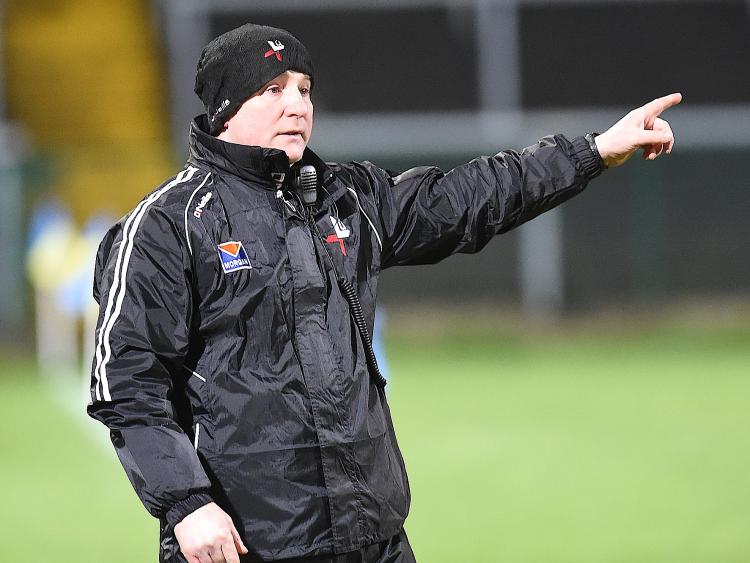 The recent heavy defeat against Tyrone in the O’Fiaich Cup will not alter Louth manager Colin Kelly’s outlook for pre-season, writes Daniel Bannon.

With the O’Byrne Cup on the horizon, fine tuning is the name of the game for the Wee County boss as Louth build-up for life in Division Three.

It’s a stark contrast to 12 months ago when Kelly’s sole focus was trying to instil a winning mentality into his young players.

“At this stage last year I felt it was imperative that we got wins under our belt to prove that we could win but now we’ve proven we can win and do it in different situations.

”We have come from behind, we’ve been comfortable in front and lads have got used to winning so it’s about tweaking a few things we’re doing but ultimately assessing where we’re at in terms of fitness and where we need to be.”

Kelly is entering his third season as Wee County manager and he  feels the panel he has assembled for 2017 is the best squad he’s ever worked with.

“It is for various reasons,” he said. “Andy McDonnell was travelling and is back in and Derek Crilly and Ronan Carroll are back in.

“Kurt Murphy is another fella I’ve huge regard for. This time last year it was looking like he was going to start in the Louth senior team and then he picked up a bad back injury and missed the whole season.

“Eoin O’Connor is working in Dublin. I had him as U21 captain the year we got to a Leinster final and he’s a fella I’ve a huge regard for so it’s a big, big plus to have him back. Paraic Smith too, he’s just a really good footballer, very elusive.

“We have fellas coming back into the squad that understand and know what it is like to play at this level and the difficulties and the expectations that comes with it and it’s brilliant to have them.

Kelly said that it pre-season was a ‘learning curve for everyone’, most notably the six new faces who made their inter county debut against the Ulster champions.

“If you take the players we’ve introduced, their skill set is pretty high and they’ve proved that at club level all through the season.

“Kevin Carr has played a couple of challenge matches and he’s showing the right type of ability it takes to play at this level.

“Then you have Ross Nally, Sam Mulroy and Cian Callan that can play after Christmas. It’s going to take them a while to get on their feet but they’re very talented and they’re going to put fellas in the squad under pressure.”