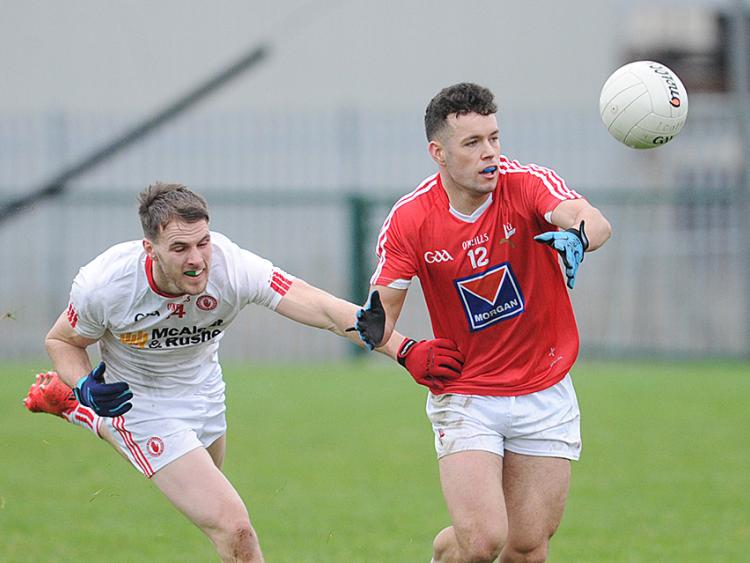 Louth manager Colin Kelly wasn't too perturbed by his side’s defeat to reigning Ulster champions Tyrone in the O’Fiaich Cup, saying afterwards that it was exactly the testing ground he was looking for.

“Look it’s a great yardstick,” said the Reds boss. “We decided to take a program of games this year in preparation for the O’Byrne Cup. It was decided that we’d look higher than Division Three teams and we didn't want to play Division Four teams.

“We were looking to play teams in a higher division than ourselves and again, when you are talking about Tyrone, they’re a team that doesn't do challenge matches. At the same time, going into it, you are cautious to the level of player they are gonna have.”

Kelly was full of admiration for the opposition saying that it would benefit his players immensely being on the same pitch as the Red Hand.

“It was great to be in that environment and it was a great experience for lads to come up against that level of opposition.

“Tyrone are a top team in the country and a team who would be thinking about All Ireland honours. Even the fellas they introduced today are laden with Ulster and All-Ireland medals at juvenile level so you always like to test yourself against the best.”

Kelly also stressed that his management team’s overall appraisal would not be decided on what happened in Crossmaglen.

“Giving fellas their first experience of inter county football in a competitive environment, it was a big big test for them but we won’t be judging lads on that performance because it would be unfair.

“I think you need to judge a fella and have a more rounded opinion over a six, eight and 12-week period rather than one shot at it against a team that is expected to really push on and probably win the McKenna Cup, arguably be in the National League final and contend for an All-Ireland.

“It’s a little more than minutes in the legs but we’ll get a big, big read of where we are. We’re not putting huge expectancy on lads’ shoulders and we’ve goals within the squad of what we want to achieve.

“As a management team, that what we’ll be looking at. Everything about us is aiming towards that Saturday night where we go to play Laois in the league.”