Red Hand have too much for experimental Louth 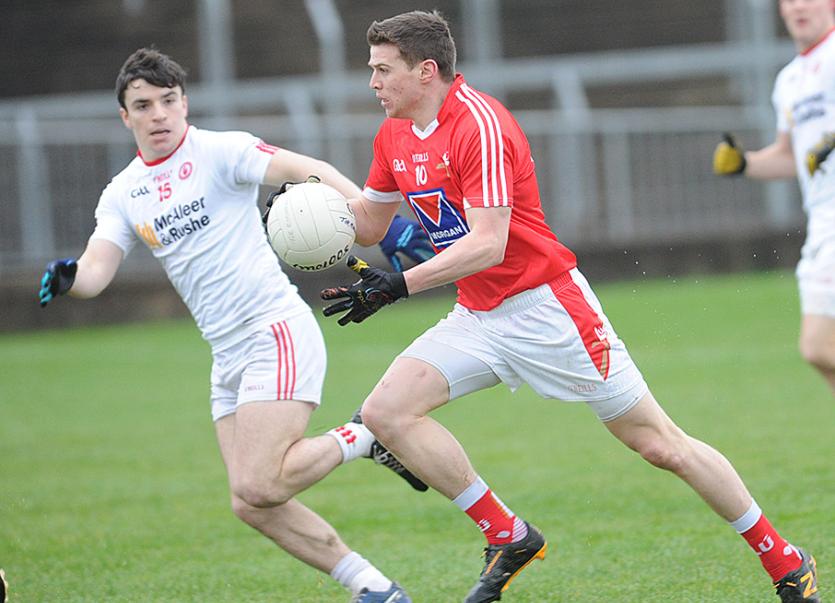 The gulf in standard was plain to see for the few brave supporters who turned up in Crossmaglen on a murky Sunday afternoon in December for this O’Fiaich Cup semi-final.

Both sides are operating at two different levels and the sprinkling of class within the experimental Tyrone side on the day was the difference.

However, Louth, who were highly experimental themselves, did not make it easy for the the reigning Ulster champions at times, battling gamely, as they introduced six debutants to competitive action.

Tyrone midfielder Cathal McShane set the tone, scoring right from the throw in before Darren McCurry added a free.

A Jim McEneaney free stemmed the tide before Tyrone hit three-in-a-row from play, Ronan O’Neill and a further two from McCurry to make it 0-5 to 0-1.

Newtown Blues’ Conor Branigan, the most impressive new-face on the day, scored Louth's first point from play on 15 minutes as they struggled with the Red Hand’s suffocating defensive pressure.

Fifteen minutes in, Gaels centre-back James Stewart made way with a black card before McEneaney and McCurry swapped frees to leave three between the sides.

Cahir McCullagh marked his Tyrone bow by scoring on the counter before Sean O’Mahony’s midfielder Conor Martin replied with a fine long-range effort.

McCurry hit another free but the Division Four champions showed all the doggedness they’ve accumulated over 2016 to claw their way back into the game despite a lack of possession.

McEneaney hit a free before Padraig Rath pointed from way out to leave two in it but McShane and corner-forward Lee Brennan ensured some clarity was apparent at the break, 0-10 to 0-6 in favour of Tyrone.

McCurry was a constant thorn in Louth’s side all afternoon and curled over upon the restart.

Dreadnots’ Paraic Smith then hit the point of the game as Louth were forced to shoot from range all afternoon.

Declan Byrne, a half-time substitute having played with Leinster in the Railway Cup the night previously, scored with his first touch.

The next attack for each side illustrated the discrepancy of decision making between them on the day.

Ronan O’Neill scored a goal out of nothing for Tyrone, breaking a high ball for himself to palm in, while another half-time sub for Louth, Ronan Holcroft, pointed too swiftly when a goal chance could have been developed.

O’Neill added a free soon after to push the score and inevitably the match beyond Louth, 1-13 to 0-12 with 24 minutes remaining.

Byrne pointed again from the edge of the square and McShane, the best player on the field, totalled his tally for the day.

The return of Andy McDonnell will have brought some warmth to Louth fans on a harsh day. He pointed and Holcroft added another free.

The Ulster men then hit three on the trot through McCurry (free), Munroe and Brennan before an influx of replacements from both sides saw the game disperse into a meaningless workout.

Free takers McCurry and Holcroft took full advantage, helping themselves to two each either side of a rasping McCurry goal.

Ronan McHugh ended the first game in the new season with a memorable score, in a match that will not live long in the memory of Louth gaels.