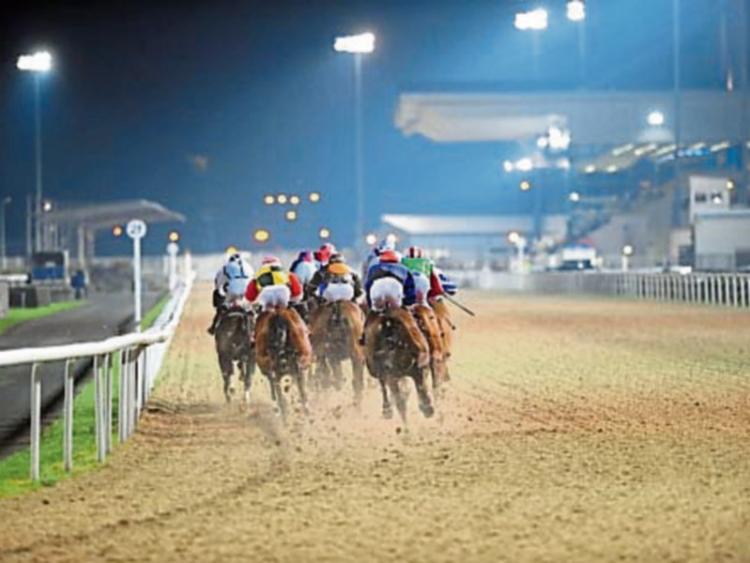 Happy to stick to the rail just behind the leaders early on, Kelly angled out Tom Cleary's 9-2 chance and she came home much the best, holding Honor Oak three-quarters of a length at bay.

Kelly's double started aboard Aggression (11-2), who has had a stop-start career but showed what he is capable of when on-song in the Dundalk Stadium - Light Up Your Night Handicap.

With just three previous outings under his belt, the Michael O'Callaghan-trained four-year-old made an encouraging return from a lengthy absence here in September and built on that to beat Master Bond by a length and three-quarters.

Red Avenger made a successful start to life with Damian English in the Floodlit Friday Nights Rated Race.

Bought out of Gary Moore's stable for 14,000gns last month, the 16-1 chance bounced back to form in the hands of Rory Cleary to account for Reckless Lad by three-quarters of a length.

Tony Martin's Dancing Doll left all her turf form behind when taking the www.dundalkstadium.com Maiden.

Well beaten in three turf starts, the 16-1 chance travelled sweetly for Oisin Orr and ran on well to beat The Paris Shrug by a length.

The 6-1 chance had already raced twice at this track and after breaking smartly for Ronan Whelan, he battled bravely to beat Sharp Defence by a neck.

Stronger Than Me (11-2) came out on top in the New Years Eve Greyhound Racing At Dundalk Stadium Handicap for Wilf Farrell and Pat Smullen, while John Murphy's Carraigin Aonair (10-1) landed the first division of the Crowne Plaza Leading Jockey And Trainer Championship Handicap under Niall McCullagh.