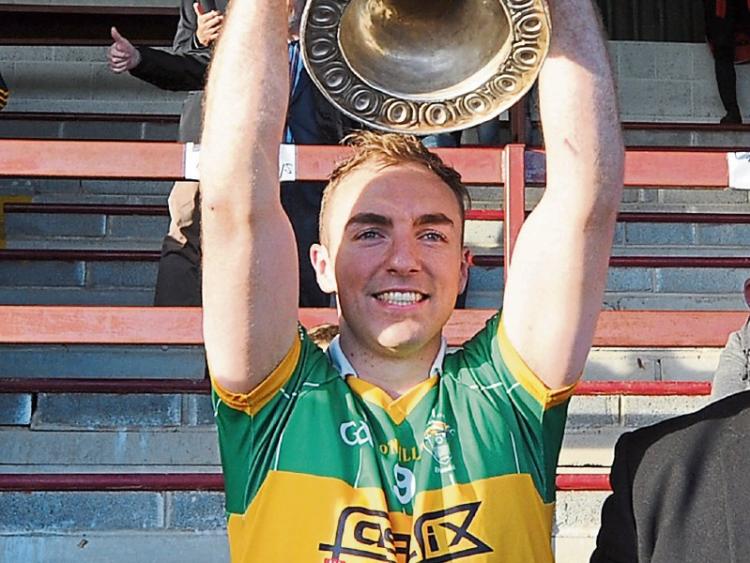 According to Sean O’Mahonys captain Shane Brennan the players have been the driving force behind their run to the Leinster Club semi final on Sunday.

“It’s as much coming from the players as it is from the management. We have a very good tight group of players, it’s not just one person its a collective group effort.”

A typically humble reply from Shane, he could have easily pointed to the excellent midfield partnership he’s formed with Conor Martin.

“Conor was a full forward and two or three years ago we figured he can play a role in midfield he has more to offer us and he’s getting better and better since then.

“He’s only 26 and he’s gone from strength to strength. He's by far the best midfielder about this year. He’s doing everything right, not overrunning the ball just playing it simple. He’s good at tackling and being exceptionally athletic, he's a big player this year for us and great to play alongside.”

Shane’s enjoyment in captaining the team is very clear.

“To be honest it is a massive honour and to have such a group of players behind me, but as I said, it's about the team, it is never a one man show. We have loads of leaders which makes it easy on me, I can just focus on my own game and not worry about anyone else not doing their job.

"I have to say we’re all good friends on the team and training is intense, but it’s not as if we have a row at training each night.

“We all get on from the youngest right through to the most senior player. At the end of the day there’s no rifts amongst the bunch." he added.

That tightness shines in their performances especially defensively. Shane agrees.

“I’d say it’s the experience down through the years and what we’ve learnt from that. Hard work is something we pride ourselves on. It doesn't matter if it’s the 55th or 1st minute of a game. If you look back from 2008, the players haven’t changed an awful lot, one or two maybe, but generally it's the same team."

"We’ve a system the younger lads have been able to buy into and see even these older lads have done it but even they are all working as hard as the can, as a result everyone has their part and it's worked this year any way.

"We’ll keep the same build up as usual, we will focus on ourselves and then see what we have to do to beat Rhode.”