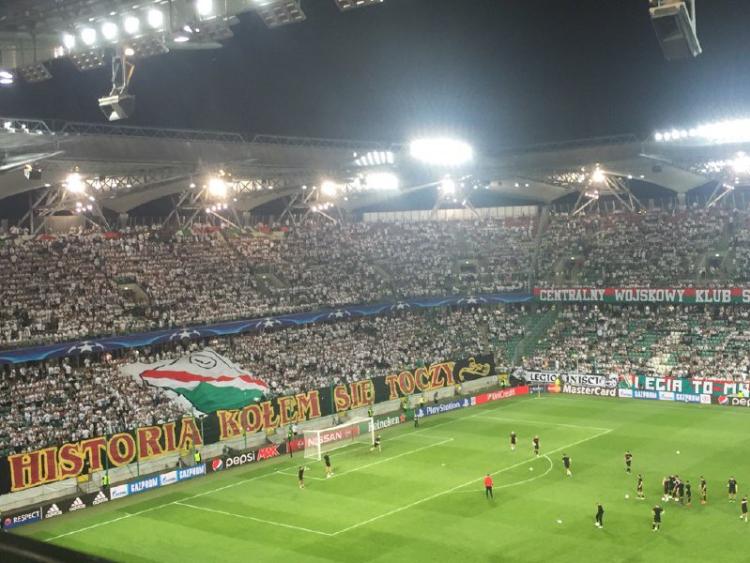 The look of despondency on the Dundalk players' faces as the full time whistle went in Warsaw on Tuesday night said as much about their complete belief and desire to win as much as it did about their disappointment at the loss - they knew they could have won this tie.

And they certainly went for it.

History has been made already by Dundalk and there are still some great European nights ahead for the Lilywhite army. But it just shows how far this side, this team, this town has come in such a short time that this loss to a European heavyweight hangs so heavy.

The game, and the tie sprung to life in the 19th minute when a wonder goal from Robbie Benson lit the night up.

Benson smacked home Dave McMillan's header back across the box.

The Lilywhites soaked up plenty of Legia pressure in the immediate aftermath, with keeper Gary Rogers expertly tipping over Hlousek's shot from the left.

As the half drew on and the partisan Polish crowd quietened, Dundalk held out with Andy Boyle and Paddy Barrett playing vital roles in stemming the Polish onslaught.

The first period expired with Stephen Kenny's side ahead 1-0 on the night, but still needing another goal to level the tie.

The jeers from the Legia fans could only have helped Dundalk's cause as they left the field.

The second half saw the home side pick up were they had left off - surging into Dundalk and trying to carve an opening.

However the first real chance of the second half fell to that man Benson again when he almost hit the net with a superb bicycle kick, but his shot sailed just over the bar.

With Legia noticeably perturbed by Dundalk's dogged determination, their discipline slipped when Hlousek was shown a second yellow and saw the line.

The Polish side looked to be teetering as they were reduced to ten men.

The home side shuffled the deck and made a number of defensive changes with a desire to run down the clock foremost in their minds.

Dundalk looked for a way forward and that vital second away goal.

But it did not come.

Legia sealed the win with a goal in added time and it was all over.

In the press conference before this match Stephen Kenny said that if Dundalk were to go down, they'd go down fighting; of that there can be no doubt after the ninety plus minutes had expired here.

Despite the disappointment, the European fairytale continues for the Lilywhites as the Europe League now awaits The Town.