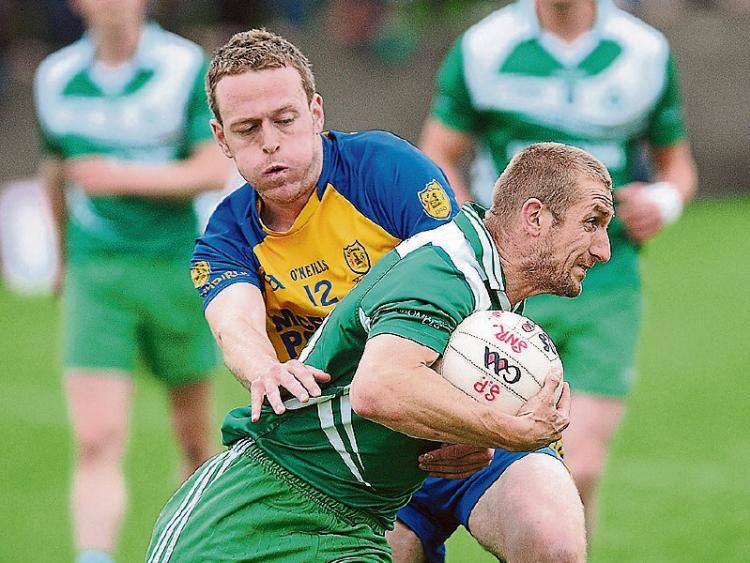 Is it the end of an incredibly glorious era for the Lordship in senior championship football?

Can last year's Joe Ward winners come back from this?

Can the once powerful Pat's avoid relegation to the second tier of championship football?

All these questions and many more were picked over following Sunday's defeat of St Patrick's by Kilkerley Emmets in the Louth senior championship.

There can be little doubt that the warning signs have been there for some time for the Lordship side. Retirements of former greats coupled with a dismal league campaign - which saw Pat's narrowly avoid the drop from Division One thanks, ironically, to a win over Sunday's opponents a week previously, ultimately led to last Sunday's result being not so much a surprise, more an inevitablity.

For Pat's boss Jim Holland it was always going to be a big ask. Bringing through young talent and bedding them in wasn't going to produce greenshoots straight away, and it will take time and not an inconsiderable amount of hard work and effort if St Patrick's are to rebuild and reclaim their crown over the coming years.

In the meantime they must prepare for a relegation play-off and retaining their status at the top level in the county will go some way towards laying decent foundations for the work ahead.

On Sunday, despite fielding a team with some of the more experienced members of St Patrick's elite including Owen Zamboglou, Karl White, Ray Finnegan and Dessie Finnegan, it was the men from Kilkerley, new to senior football this year following their Seamus Flood success in 2015, who appeared more up for the rigours of a do-or-die championship shoot-out.

Louth legend Shane Lennon got proceedings underway with an early free for Kilkerley and Tadhg McEneaney doubled the Emmets lead soon after.

Replies from Darragh Lafferty and Karl White seemed to seady the ship for Pat's, but a McEneaney goal soon after seemed to knock the wind from the holders' sails.

A quick follow-up point from Shaun McElroy had the Emmets coasting. But Pat's are nothing if not dogged, as displayed by their Houdini like escape from relegation in the league this year.

A hat-trick of points from Emmets - two from Shane Lennon and one from Sean Hand, had the men from North Louth well in command at 1-7 to 0-4.

However, once again Pat's refused to lie down and a strong burst leading into the break saw the Lordship side strike four points thanks to Aidan McCann, Eamon Breen and Danny O'Connor.

That left just two between the sides as they entered the dressingrooms.

With the second half teed up nicely, many watching on at Dowdallshill felt it was going to be the holders who came out the strongest, but a quickfire Sean Hand goal straight after the restart dented those Lordship hopes.

Jim Holland's side did move up through the gears, with the more experienced heads shining through to lead the charge.

But despite keeping the scoreboard ticking over Pat's could never really grab the game by the scruff of the neck and reel Kilkerley in.

The Emmets had their stalwart Shane Lennon to thank for keeping them away from danger as he clipped over three frees in the second period.

It fell to opening goalscorer Tadhg McEneaney to put the final nail in the Pat's senior championship coffin with the last point of the game.