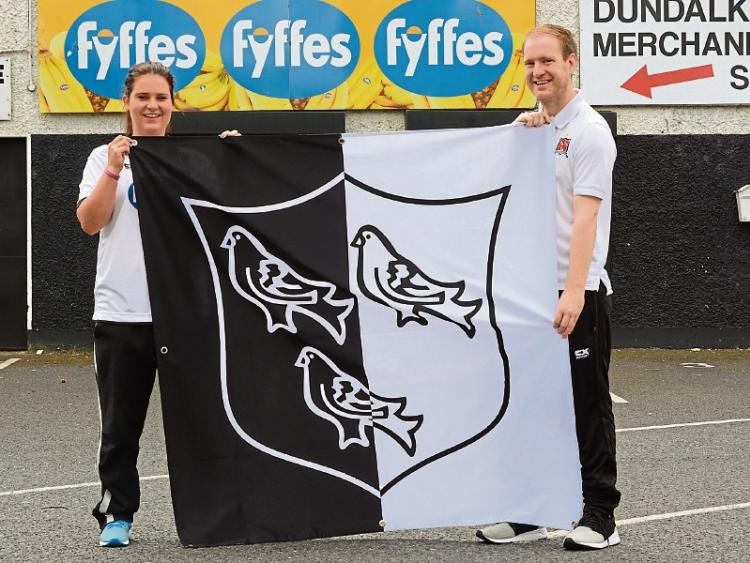 When the Lilywhites step out onto the immaculate turf of the Aviva Stadium tomorrow (Wednesday) night, there's little doubting that they are not just representing the town, but the whole of the country too.

Skipper Stephen O'Donnell, a Tribesman by birth, is more than aware of the hopes of the nation, and also the participation of a country in getting Dundalk to this historic moment.

"I'm a Galway man originally and there's a lot from Galway with no alliegence to Dundalk going. There's been a great reception all around the country", stated O'Donnell over the weekend.

"It's not just Dundalk we're representing, it's the league of Ireland. We're from all around the country. We've been brought up playing underage football in all the provinces. So we're all Irish boys. We're taking on the might of Poland's best team.

"Counties from all over Ireland have had a hand in the development of all these players. So it's something to be proud of for the whole country."

Speaking of the immaculate surface at the Aviva, O'Donnell knows most of his side are no strangers to the stadium.

"It's a big help we played in the cup final there last season", agrees O'Donnell. "We knew if we progressed in Europe that eventually you'd probably end up in the Aviva or Tallaght. Oriel was only able to host the first round.”

And what better place to make dreams come true.

"It's the stuff dreams are made of. Big crowd at the Aviva. It could be one of those special nights that live with you for the rest of your life.

“It's a great place, great surface and it's always immaculate.

“We'll train there on Tuesday nad we'll be well versed for it."

During those moments before the game, deep within the dressingrooms at the stadium, those private moments, there'll be one man in particular who will inspire the troops - Stephen Kenny.

"He usually tells the players to back their talent and his team talks are always different, no matter how many seasons we've been together", adds O'Donnell. "He comes at it from a different angle every week. He does have some inspirational words.

"It's about unwavered belief in yourself and that installs confidence in all players."

Wedneday night's opposition are a heavyweight with real pedigree, just like BATE. O'Donnell's know they are 'formidable'.

"Legia Warsaw are a formidable team, only a couple of years ago they hammered Celtic over two legs - they were thrown out for fielding an ineligible player, they beat St Pat's easy enough in Dublin after Pat's had produced a great display away from home, drawing with them."

The huge difference in terms of resources and basic finances are startling. O'Donnell lays it out clearly.

"I think people can't get away from the fact that we're players paid over 40 weeks, probably with an average wage of maybe five, six, seven hundred euro and you're up against players who probably earn as much in a month as we do in a year. So that's the harsh reality, but we're up against it - it's David versus Goliath.

"We're up against a club with far bigger financial backing and that's what I would like the crowd to be aware of, we need everyone to get behind us, it's backs to walls stuff. It's a Rocky story. I don't think you can let the 3-0 win over BATE lose sight of that. We'll need every voice behind us, cheering every tackle. We're going to need a monumental effort from us. We need everyone playing at the highest standard to get a result.

"But it we do have that, then I feel we do have a very realistic chance of getting a positive result. But we need all of them things going in our favour."

If Dundalk have had one particular jewel in the crown this year in Europe it has been David McMillan, the full time architect has been in scintilating form thus far and another big performance from him over the next two legs is vital if Dundalk are to progress.

O'Donnell agrees, but there's more to Dundalk than just that, naturally.

"Every successful team needs a striker in red-hot form and we have one at the minute with Dave, he can't stop scoring. these are all big games he's scoring in and I think he has 11 goals in the last six or seven games - long may that continue.

"He's in a good team that are providing him with chances and he knows that. But any striker that plays seems to score for us and you need that, especially in these games were there are such tight margins and you need your striker to take them and Davey has been doing that."

A strong defensive wall is another key component. Getting the balance right between attack and defence will be key also.

"We need to look dangerous when we have the ball and look solid when we don't. We need to ge that balance right. I think we had it right against BATE and we'll need that again. Out concerntration levels need top be up to the maximum."

Dundalk had Monday off, but are back in training today (Tuesday). It's mostly mental preparation now according to O'Donnell - and simple waiting too.

"Basically you're mixing in with each other getting your head sorted for the night. You can't wait. You're just waiting for the match to come and get out onto the pitch. You have to cherish these moments. It can be over so quickly."