O'Donovan boys steer their country out of choppy waters 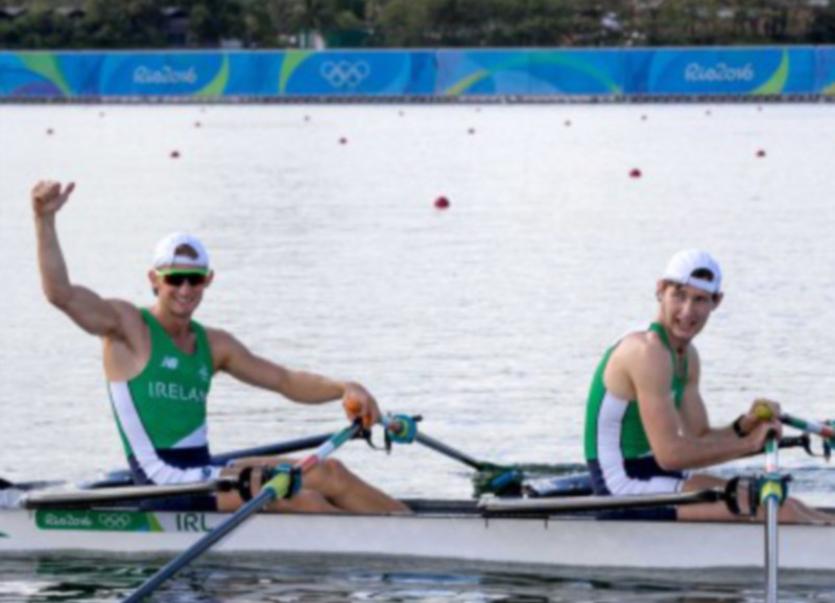 Friday, August 12. The start this country made to the Olympics hasn't been ideal. There's the ticket scandal. Olympic Council of Ireland chief, Pat Hickey, wants answers from the inquiry his organisation intends to hold, and Shane Ross, the government minister with responsibility for sport, is going to Brazil to get answers from Hickey.

It's not that sports-mad Ross is pointing a finger at Hickey or his organisation; he just doesn't think the OCI should be carrying out the enquiry.

Boxer, Michael O'Reilly, banned for taking a banned substance, is already home without having thrown a punch, while three of his hotly-fancied colleagues, Paddy Barnes, Joe Ward and Davis Oliver Judge, obviously didn't throw enough of them. All were beaten first pop.

Padraig Harrington, one under-par after his first round, ruffled a few feathers with his 'sheep' remark. Criticising Rory McIlroy, Graeme McDowell and Shane Lowry for refusing to go to Rio is bound to cause tension whenever they next meet on the course. But as he's shown in the past, staring down his closest rival, Sergio Garcia, at a critical stage of the 2007 British Open, which he won, the big Dub is unlikely to be fazed. He could even be inspired by it all.

Harrington's partner, Seamus Power, is brilliant second day, putting himself in contention for the individual Gold with a 68. But there's better than that away from the course.

A Silver is stacked away by the boys from Skibereen. Gary and Paul O'Donovan are brothers and competing in the lightweight double sculls, row like demons to take second place in the tightest of tight finishes.

Competing in the same event in ladies, Sinead Jennings and Claire Lambe, also reach the final, having turned in a solid semi-final performance. But maybe that race, just a day earlier, took its toll They finish last of the sextet.

Had it been a greyhound race - and we are reminded of the goings-on a Shelbourne, Dowdallshill and other tracks as the men lined up - a photo-finish would be needed to decide the finish. The contestants are numbered one to six, but in their countries' colours and not red, blue, white, black, orange and stripes.

The commentator tells us that lane one had a good record, and we wondered, is the 'going' that bit better over there. If it is, the O'Donovan brothers are ideally placed, because they are drawn along the rails, as mutts are at Shelbourne etc, etc.

Greyhounds don't hold back once they leave traps, but the Skibereen lads, determined to gain revenge for their sisters' defeat, appear to, keeping a little in reserve for the big finish. While the man behind the mic doesn't tell us how far there is to go, we've an idea it is getting close to the line as he ups his voice several decibels.

It appears at one stage as though the Irish lads have their noses in front, but maybe it is only an illusion caused by the camera angle. There is a three-way go for the line, and in dog track terms, only a short-head divides the green-clad O'Donovans and the French lads.

A supreme effort from Olympians of the purest kind. They're amateurs, doing it for honour and glory..

Sunday night, August 14. Choppy water fails to throw up any further Irish success, but Michael Conlon is doing his best to restore pride in the ring. Justin Rose becomes the first Gold medal-winning golfer in over a century, the day after Mo Farrah retains one of his titles. The British are bullish.Rose's win shows that his ace on the opening day wasn't a fluke.

Katie's in tomorrow, and Andy Murray's under pressure at this very moment...