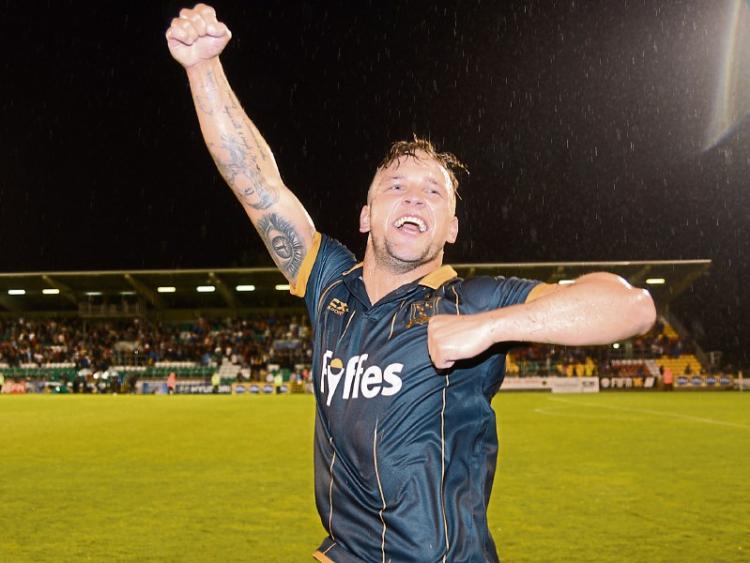 While a Dundalk player accepted the congratulations in the mayhem that followed last Tuesday night's incredible European football night in Tallaght, a very stern-looking official could be seen in the background, unmoved by all that was going on.

And I wondered, could this guy be a Shamrock Rovers clubman, on duty for the night. The game was played at what's become Rovers' home since the switch from Milltown, and maybe thinking of the short time Stephen Kenny spent there, was the blazer lamenting the Dub's departure. If only he was patrolling the line for us, instead of being fifty miles down the road. Ochone, ochone.

There were good days at Oriel in the time Jim McLaughlin was calling the shots, cup and league wins and continental nights that had the place heaving being commonplace. Derry-born McLaughlin - who took the opposite journey to Kenny, going from Oriel to Glenmalure - was not only mightily successful, but also a hugely popular figure. He should be proud of his mirror image.

Until last week, there were very few boxes Kenny hadn't ticked in his time as manager. He had won all League of Ireland football had to offer, reaping his richest harvest at Oriel. And when he took a punt in Scotland, a walk on to Hampden pitch on Cup Final day followed by his Dunfermline side was a decent achievement.

Kenny had masterminded match wins in Europe prior to his Dundalk side taking on BATE in the second leg of the Champions League qualifying round; but all else was surpassed with breakneck speed at rain-drenched Tallaght.

His men had a deficit to overcome against a team that had maintained a proud Euro record the year before, once again getting to the latter stages of the Champions' League having beaten Dundalk along the way. Even if the opposition was held scoreless, two goals would have to be scored at the other end to finish it all in regulation time.

It all happened – and how. David McMillan – who, Jim McCourt says, is now being called McMillions, given all he has contributed to Dundalk being in line for a cash bonanza - got two goals and Robert Benson, who replaced the money man late on, completed the rout.

At the back Massey and company were rock solid, providing Gary Rogers with more than adequate cover.

McCourt: “What a night. Surely the greatest result for a League of Ireland side in Europe. I have seen many great European nights, but this topped them all.”

The financial gain, which will in all probability increase as Dundalk take in another guaranteed eight European games, six of them maybe, just maybe, in the company of some of the continent's greatest teams, could bring an end to the pitch problems - highlighted by Kenny last week – which have beset the club in recent times. The faithful's wish would probably be to stay at Oriel, but talk of a partnership deal with DkIT is nearly certain to resurface.

And would Kenny be around to see the switch from the Carrick Road to the college campus, should it materialise?

He's almost certain to be in situ to see out what could be an extended season, keen to oversee the bid for an historic three league titles on the bounce, and maybe more history in the making, Dundalk becoming the first Irish team to make the business end of the European Championship since the competition was revamped. But after that?

But could he be staying in Ireland, the one to step in when Martin O'Neill's term as Republic of Ireland boss is over?

For now, however, Kenny's thoughts are fixed firmly on the third qualifying round match with crack Polish side, Legia Warsaw, and also staying ahead of Cork City, his side's one serious challenger in the Premier League.

Retaining the domestic title is not going to be easy. The only downers on a memorable week was last Friday night's defeat by Galway and Cork City's failure to make progress in the Europa League the previous night. Whereas John Caulfield now has only one major target to aim at, Kenny has lots to preoccupy him.

And remember, Dundalk must retain the Premier League to make the big European competition next season – unless they win the Champions League trophy in the meantime!