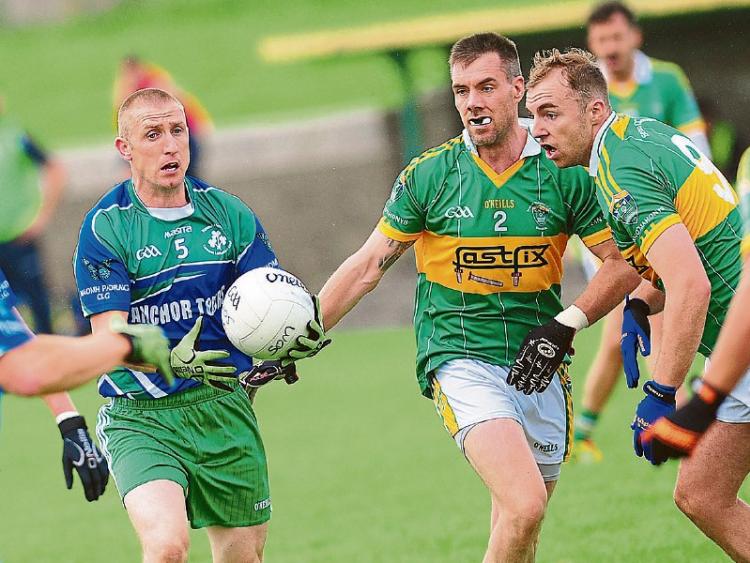 Should they fail to make it to the Senior Championships knock-out stage, it won't be the first time such a fate has befallen St Patrick's in the years since they first made the breakthrough in the Joe Ward Cup competition.

As is the case this year, the Lordship side were on to a hat-trick in 2005, having won the title for the first time two years earlier and retained it by winning the first-ever senior final played at Clan na Gael Park. The league sections at the time had three groups of four teams, and minus a number of regulars, Pat's managed just two points, beating St Bride's and going down to Cooley Kickhams and St Mary's.

They were quick to recover, reaching the final the following year (beaten by St Joseph's) before regaining the title in 2007.

As they ponder over Sunday's defeat to Sean O'Mahony's, putting them in danger of having to face a play-off to retain their senior status, Pat's can make a comparison with 2005. Ray Finnegan and Paudie Mallon were on a career break back then and Paddy Keenan was troubled with injury.

Sunday's team was nowhere near the one Jim Holland would prefer to have had on call, injuries and players being unavailable weakening his hand.

But while it will be a month before Pat's face Kilkerley Emmets in a make-or-break tie, there's no guarantee they'll be brought back up to strength. And as they are in the league's lower reaches, in danger of relegation, Pat's had more than a few asking the question on Sunday: are we witnessing the end of an era, a glorious era, that yielded seven championships and five league titles?

Seven of the teams to contest the quarter-finals are known. O'Mahony's, St Mary's, Dundalk Gaels, Dreadnots, Geraldines, Newtown Blues and Naomh Mairtin will be joined by either Pat's or Kilkerley.

Regardless of which side wins the outstanding league section match, the competition won't lose its wide-open appearance.