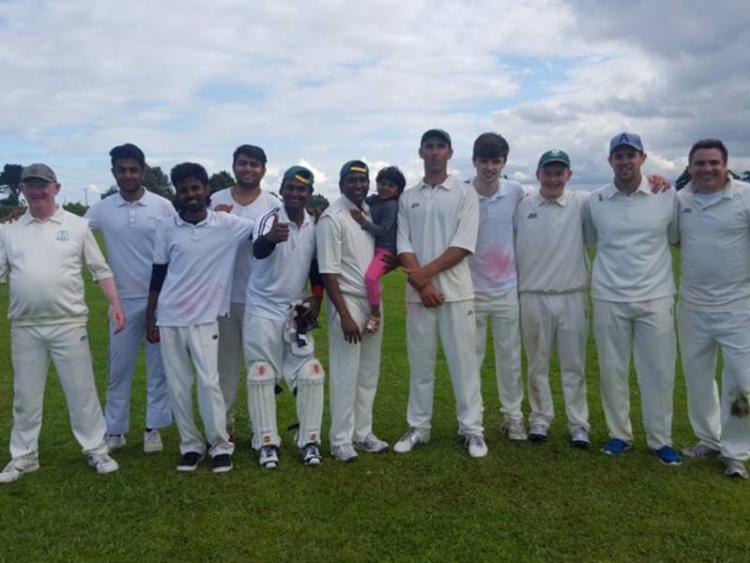 On a wet and windy Sunday afternoon in Dromiskin, a resurgent Dundalk pulled off the unlikeliest of victories with a wonderful performance in the field against Malahide Fourths.

After winning the toss, captain Andy Williams elected to bat and sent in Michael Mullen and Brent Higginbotham to open. The pair set themselves quickly, and looked comfortable pushing singles and playing positive cricket.

The loss of Mullen after 10 overs didn’t faze his partner, as Higgingbotham went on to make a personal best of 20 from top spot. Sajan Jayaseelan contributed a steady 14 runs as Dundalk looked to be relaxing into the game after a run of poor form in the batting.

However, the Malahide bowlers soon found their stride and a run out of Jemin Khambhayata led to the momentum swinging the opposition’s way.

Dundalk were heading for a sub-par total, but for the last-wicket stand between Seamus McDermott and Gerry McKeever, as the pair put on a vital 10 runs in the final overs.

Dundalk kept their forward momentum going and struck early in the Malahide innings, with Jemin bowling out veteran opener Brian Gilmore, whose 80 the previous week was the backbone of the Malahide innings. However, careful and patient batting swung the game back into Malahide’s favour. A 70-run partnership between Rob Shoebridge and half-centurion Koushik Chandrashekar set Malahide up for a what seemed to be a comfortable finish, needing just 30 runs with 8 wickets in hand.

However, two wickets in three balls from Jemin removed Shoebridge (20) and his replacement Inderjit Singh for a duck. Brolin Sunther was then entered into the bowling attack in what became an inspired choice.

He too took two wickets in three balls, removing Dave Symmons and Riley Condren in quick succession, while Williams had Koushik trapped LBW for 50 at the other end.

With 18 runs to win, a huge 6 from Oisin Tyler showed that Malahide weren’t dead and buried, but two sensational catches at silly mid-on and -off from Kevin Waterman and Michael Mullen off Brolin’s bowling swung the advantage back to Dundalk.

The final wicket fell in 30th over as Brolin collected his maiden 5 wicket haul, and Dundalk clinched the game with just 7 runs to spare.