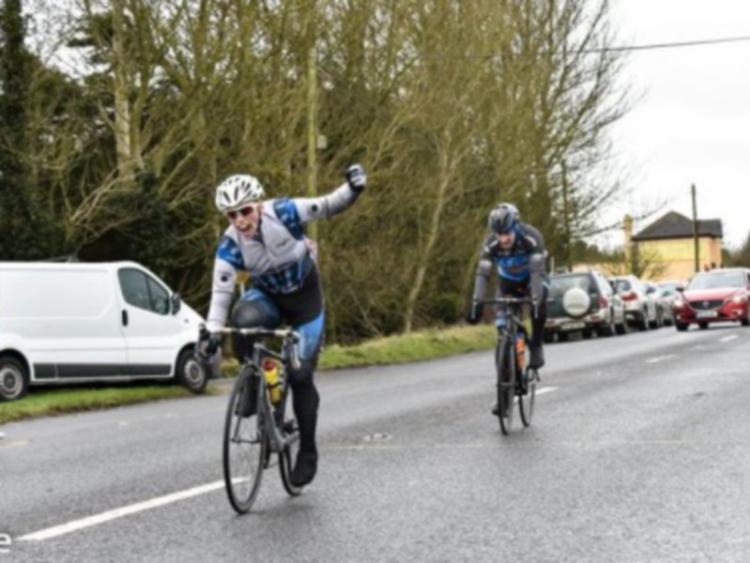 With the cancellation of the Ned Flanagan Memorial the previous week, it fell upon Cuchulainn Cycling Club to kick off the 2016 Leinster Cycling season, with the 74th year of the Trader’s Cup. This was a task to which Gerard Neary and his massive team of volunteers rose to with aplomb. Promoting three races, over 250 riders signed on at St Joseph’s club rooms in Dromiskin.

The main event saw over 120 riders compete in the 80km handicapped affair. First off was the large bunch of A3 riders, followed by the A2 and finally the A1s, some six minutes after the first riders had departed.

A group of four cyclists, led by eventual winner, Castlebar’s David Brody, broke clear and rode through all the riders ahead. Brody eventually came to the line in a group of three, where he beat Team Asea’s Chris Reilly into second place, with Newry Wheeler’s Colm Quinn in third.

In the A4 race, a field of 110 riders tackled the same course as the main event, The race eventually came down to a mass sprint, where Cootehill’s Mark Conaty took the win in his first ever bike race. Second place went to Nico Hamen of Dublin’s St Tiernans, with third going to Mark Barrett of Lynx CC.