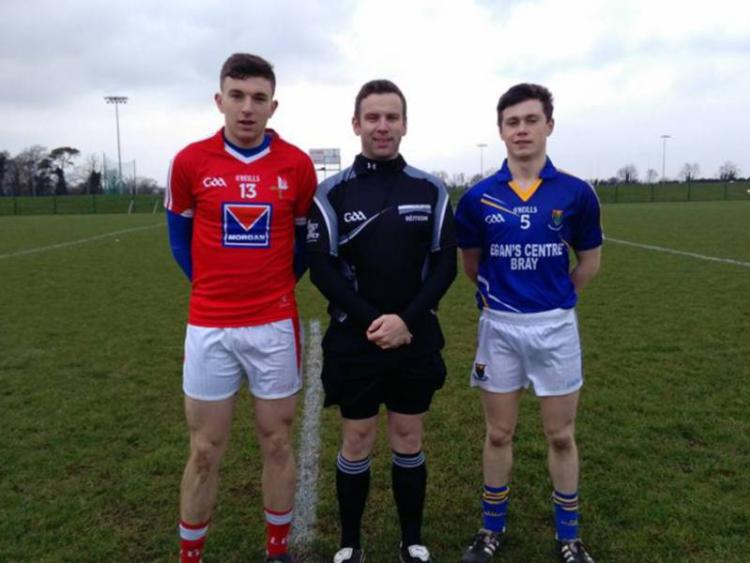 Following on from the success of the senior team last week, the Louth minor team started their league campaign for 2016 with a narrow two point victory over Wicklow at the Centre of Excellence Darver on an exceedingly cold Saturday afternoon.

The crucial score came when Louth’s Ross Nally fired the ball to the net to give Louth a 1-1 to 0-2 points lead. The Louth two man full forward line of Ross Nally and Conor Whelan were a constant threat. Sam Mulroy put in an excellent shift for the Wee County cause. Louth had other good performers with Conor Kenny and Johnny Culleton who held the fort in a solid manner while Eoin McDaid and Ian Connor showed plenty of willingness to support the attack. Substitutes Dion Conlon and Sean Marry put in decent performances following their introductions.

Both teams were scrappy and sloppy in possession early on. It took nine minutes for the first score of the game to arrive which emanated from Conor Whelan from a free. This was cancelled out by Wicklow’s Dan Kelly which was also from a dead ball. The same player put Wicklow in front from open play.

He skilfully escaped the attention of the Louth defence before sending a right footed shot over the bar. But the old cliché goals win games was in evidence on 20 minutes when Louth grabbed the crucial goal through Ross Nally. The hard working Lee Crosbie sent in a high ball into the full forward line. Nally’s initial effort struck the crossbar but he was first to react to volley the ball home to give Louth the lead.

However Wicklow responded superbly with two points in a row from Dan Kelly and then Darragh Fitzgerald which meant that the sides were level. After good work from Sam Mulroy, Ross Nally put Louth back in front but 2 minutes before the break later Fintan O’Shea scored from play to make it 1-2 to 0-5 points at half-time.

Three minutes into the second half and Wicklow were in front thanks to another Dan Kelly point from a free before Conor Whelan turned and swivelled before sending a left footed shot over the bar to level the teams up for a 3rd time. Back-to-back Nally frees put Louth two points clear at 1-5 to 0-6 after 41 minutes.

Nally and Dan Kelly traded scores before Wicklow goalkeeper Mark Jackson converted a long range free “Cluxtonesque” to leave just a point between the teams. Two more free kicks from the excellent Conor Whelan put Louth three points clear before a late point from Wicklow substitute Adam Boland kept Wicklow in the game, but Louth held on with the help from a superb block by full back Conor Kenny late on which meant that Louth held on to a clean sheet and an opening league win in Wayne Kierens’ first game in charge as minor manager.

Next up for Louth is another home match against Tipperary.