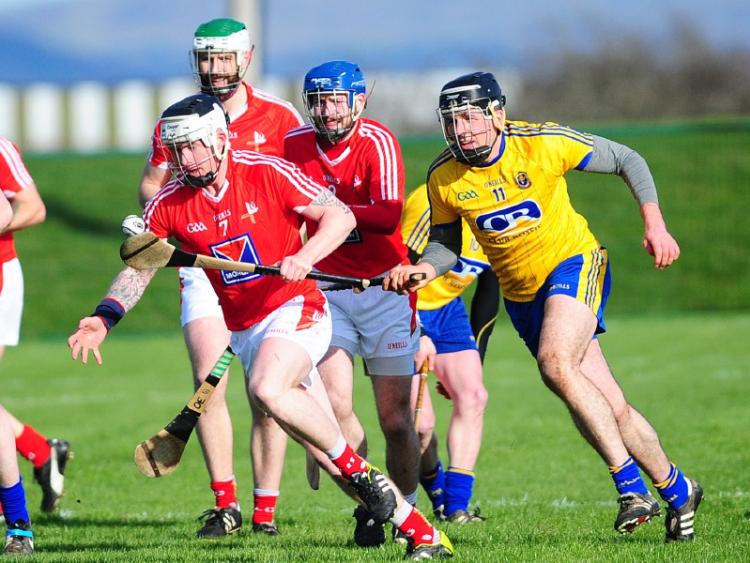 Louth slumped to a two point loss in the opening round of their Allianz National Hurling League Division 3A season against Roscommon in Darver on Sunday afternoon.

The Wee County started brightly and registered their first point inside the opening minute from Diarmuid Murphy and the Naomh Moninne man added a second from a free shortly after.

Louth’s Liam Dwan and Jason Kilkenny exchanged points before an excellent point from Shane Callan put the home side in front on the scoreboard.

It was short lived however as Roscommon opened up a two point lead when full forward Liam Kilcline blasted the ball past James Connolly after a pinpoint pass from Kilkenny.

Dwan put one between the sides when he pointed a free only for two quick fire points from Jason Kilkenny and Jerry Fallon to put three in it heading for the break.

However it was Louth who finished the half very well when frees from Murphy and Dwan and an excellent Paddy Lynch point sent the teams in at half time level.

Roscommon started the second half like a house on fire and three successive points from the impressive Jason Kilkenny, Cillian Egan and Liam Kilcline put them back in control.

However Dee McCarthy’s men, as they did in the first half, kept battling and points from Diarmuid Murphy and Darren O’Hanrahan narrowed it to a one point game.

Two long range points from Jerry Fallon and Cathal Dolan put three in it again but Murphy, who continued to work tirelessly for Louth, hit the game’s next score when he pointed. Roscommon, though, kept tagging scores at just the right time with points from Fallon and Adrian Murphy extending the lead to four. Louth needed a goal to get them back into the game and it duly arrived when Johnny Carter won the ball and worked it to Shane Callan, 30-yards out, who found the Roscommon net.

The home side went within a whisker of edging in front when Liam Dwan saw a 20m free come back off the crossbar but Gerard Smyth hit his second point of the game to leave it down to the minimum.

The critical scores went to the Rossies and from the resulting puck out, Jerry Fallon pointed before Tommy Doyle put three in it. A Liam Dwan point was the game’s last score but it proved too little, too late for the Reds.

Louth boss McCarthy could not hide his disappointment afterwards as this was a game that his side should have got something out off. The Wee County worked really hard and with an away trip to Warwickshire next weekend in round two McCarthy will be hoping his team can get their title bid back on track.