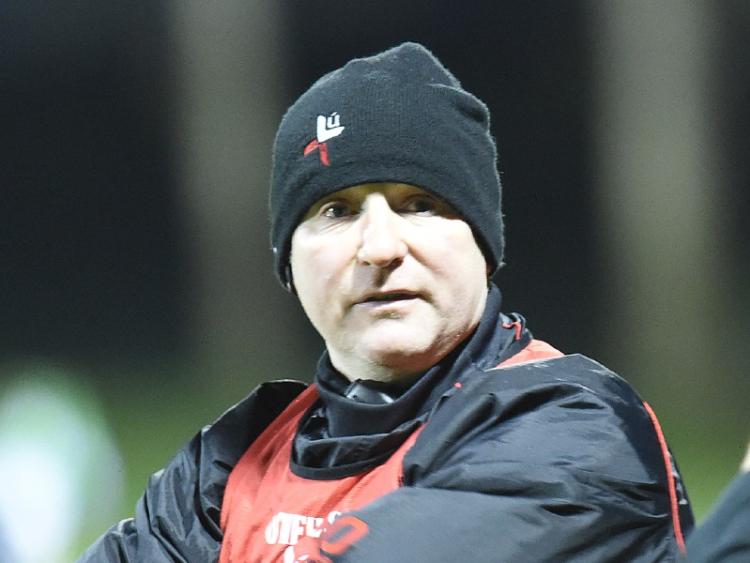 "I think it was three or four years ago, Louth came down here with an experienced side that had just contested a Leinster championship final in 2010", began Kelly, "and with ten minutes to go they were a couple of points down and ten minutes away from division four.”

With promotion from divison four his main goal, Kelly was keen to highlight the youthful make-up of his side at the end of Sunday's victory.

"This team is very young. I think we finished the game with a lot of players under 22 or 23. So to travel and come away and play in the conditions and to come back the way we came back showed tremendous character and for the people that travelled it's a great result."

With time ticking away near the end of Sunday's match it looked like Louth were going to fall to a slender defeat. However Ryan Burns arrived on the field of play and provided the lifeline for the hard fought victory. Kelly knows it was a close run thing in the end.

"We were a man down, a point down with three or four minutes to go - it was about survival", nodded the former Dreadnots boss. "But the character they showed was tremendous. Look it wasn't an easy day to play. We probably left a little behind us in the first half in terms of the lead we had and then to lose Conor (Grimes).

"It definitely wasn't a red card, but he was naive to get involved with the fella. Overall I thought it was a great win. It's been a long time since a Louth side won away from home in the national league so irrespective of where it is or who it's against it's great to travel and get a result and it's another two points on the board.

“Defensively I can't speak highly enough. It's not about pretty football, but they dug deep and in terms of effort and workrate I couldn't ask for any more," he added.