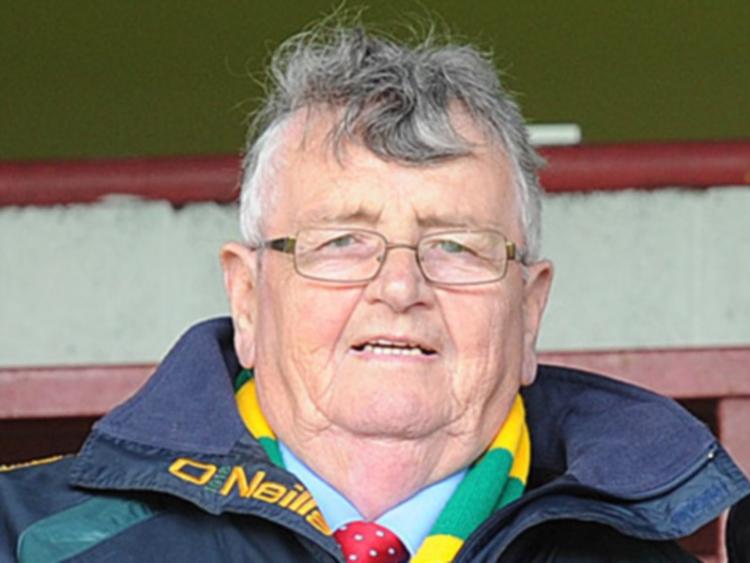 While doing a bit of research for the Gaels’ history – yes, it’s back on the agenda again – I came across a newspaper cutting. It tells the story of Andy Rogers, a Dundalk man who, in a career lasting over 30-years, was a footballer with John Dillons and a referee of the highest quality.

By coincidence, while I was reading the piece, word came through that a grandson of his is to receive special recognition in Croke Park next month. More about that later.

Andy took charge of the top games in Leinster and Ulster in the first half of the last century, having made his debut in 1914 in a Louth club match between Bellurgan and Ardee. On the same day he lined out for the Dillons, who represented Dundalk’s Quay area prior to Sean O’Mahony’s.

His rise as a whistler was meteoric. In 1915 he refereed the Ulster senior final between Cavan and Monaghan, and then brought up the double, so to speak, refereeing the 1917 Leinster final in which Wexford won the fifth of six successive provincial titles by beating Dublin. And along with these matches he was in constant demand in this county, handling several county finals.

Andy, whose son, Anthony – popularly known as ‘Gutta’ to generations of Sean O’Mahony’s clubmen – won an All-Ireland JFC medal with Louth in 1934, is commemorated by a trophy that’s been contested by North Louth minor teams over a long number of years.

Paddy McMahon is the grandson of Rogers whose to be honoured. The former Louth Co Board chairman and current Central Council delegate will receive one of the awards which are annually presented by the GAA President. Pat Holland, from the Annaghminnon Rovers club, and the late Charlie McAlester are among former recipients from this county.

That McMahon is worthy of recognition is beyond question. Aside from his contribution as a County Board legislator, he has been an invaluable member of the Sean O’Mahony’s club, renowned as a fundraiser. And it was in this capacity that he also did incalculable work on the committee that spearheaded the building of the Darver Centre of Excellence.

It’s expected the popular Quay man will be joined by family, friends and O’Mahony’s colleagues at the March 11 shindig in Croker.