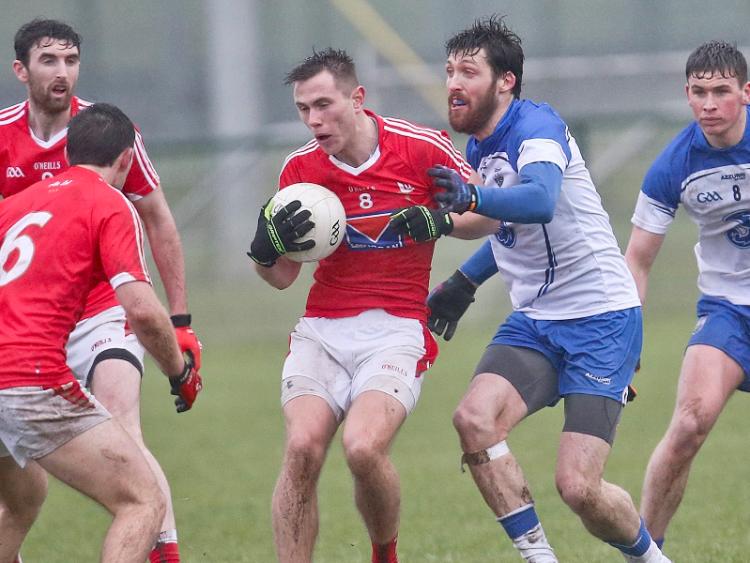 The three week break now will give the Louth team a chance to reflect on a successful first two national league outings. Four points from two games was the aim according to Gaels midfielder James Stewart.

With time to reflect now, Stewart revealed that the side will pick over the bones of those two opening games and try to improve upon the performances.

The negatives from Sunday's game could be seen in the second half when Waterford spring back into life and levelled the clash with minutes left. Stewart was quick to praise the never-say-die mentality of the team.

"We put ourselves up against it in the second half. But we showed great character. It shows the change that is happening in the squad. With wins comes confidence and we have a bit of a winning mentality and we showed that at the end by not giving up especially when we went behind with a penalty. We kept going and fighting for every ball."

Even when they conceded a penalty, Stewart says that the heads refused to drop and a belief surged through the side.

"We just thought 'lets get the ball out and we'll get another chance'. That's what we've been thinking the whole way through. We never thought that we were going to lose."

A major factor in Louth's win was the introduction of Hunterstown ace Ryan Burns after a period out injured. Burns fired over the frees which meant the Wee County side left Waterford with another win under their belts. Stewart knows how important he was to the Louth cause.

"It's not a bad way to make your mark and get two very important frees. It's bread and butter for Burnsie. He'll get a few more weeks in before the next game and hopefully he'll be back flying fit and get him in from the start."