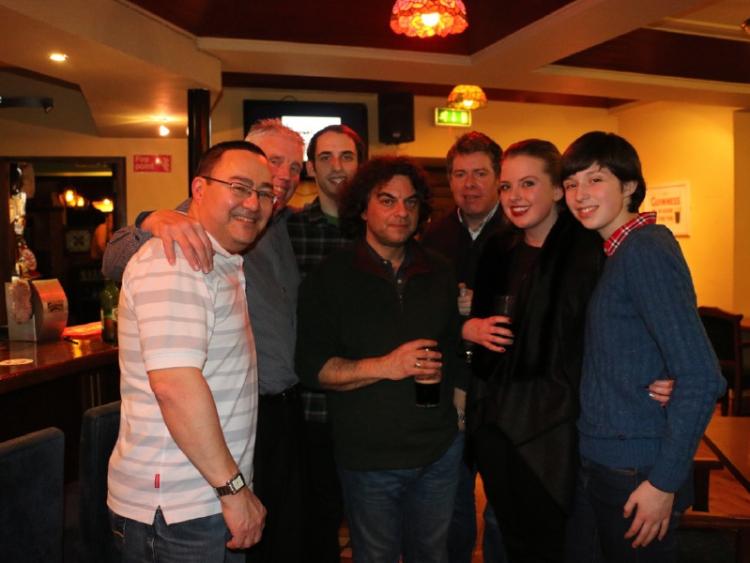 After a hugely successful season on and off the pitch in 2015, Dundalk Cricket Club held its annual awards night in the Malt House last Friday.

The venue was full to capacity and flowing with optimism and excitement for the forthcoming season. After a brief welcome from Club President, Pat Kavanagh, the presentations got underway. Chairman Ian Chong presented medals to the victorious members of the 1st XI who stormed to the Division 10 title last year and have been promoted to Division 9 this year.

In the individual awards, Kevin Waterman won Young Player of the Year for his 13 wickets for the 1st XI, topping the bowling charts. Most Improved Player was awarded to Peter Phillips who has risen throughout the ranks to cement his place as opener in the 2nd XI.

Champagne Moment of the Year went to Michael Hughes for his 121 against Balbriggan, the first competitive century and the highest recorded score for the club in any format. 1st XI Player of the Year went to Australian Steve McGrath, whose power-hitting was vital in the Firsts’ league win.

Glenn was instrumental in turning around the Seconds’ fortune with dedication, passion, experience, vision and application, epitomised by his 500km trip from Lord’s Cricket Ground to Dromiskin to face Rush, having been touring with the Taverner’s team the day before.

He will certainly be sorely missed as he is due to return home to Australia before the start of the new season, but the club wishes him every success in all future endeavours.

During that tour to London, Dundalk Cricket Club had a brush with fame, befriending Gok Wan, and so presented Gerry McKeever with the Gok Wan Best-Dressed Player award, in honour of the TV fashion personality.

Closing words came from Vice Chairman Fergie Boyle who wished all a happy new year and reiterated the club’s desire to build on the success in the coming season.