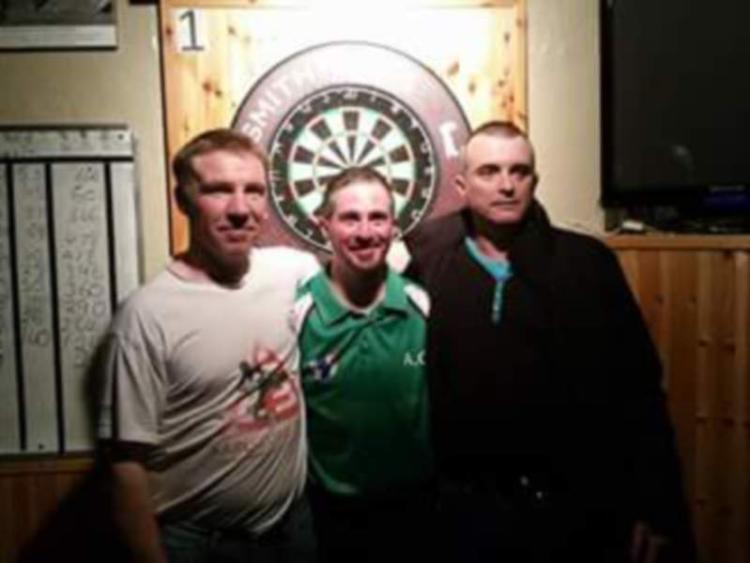 The competition, which sees the winners receive the Cairnes Cup is now in its 60th year of existence and it’s believed that it’s one of the oldest dart competitions in Ireland still being played for.

The three-a-side format is something that challenges even the best of throwers and sometimes doesn’t suit the players as all six players from both teams are involved in each match. As per usual there was a great turn out again this year with 18 teams in action on the night.

The teams on the night comprised of some of the best players in Louth, Meath, Armagh and Down and the darts on show were of TV standard at times.

A number of previous winners were also in attendance including Silvio Mallocca, Alan Reenan, Johnny Donnelly, Paddy Kearney, Tommy Loughman and Raymie Carroll to name but a few.

Also in action was Keane Barry, the current Ireland no 1 youth player along with a number of other youthful throwers in the shape of the Connolly twins, Mark and Robert and Craig Callan.

From an early stage it was always going to be hard to predict the favourite with a number of teams being singled out as possible winners.

At the business end of things it was previous winners Johnny Donnelly and Alan Reenan who teamed up with Mickey Donnelly to knock out the much fancied team of Daniel Dunn, Wayne Fry and Francis Smyth in a very tight match to reach the final.

In the other semi-final, the team of Paddy Kearney, Cal Rooney and Anto McCabe were much fancied to beat the team of Brendan Casey, Aidan Conroy and Jim McKevitt. Brendan, Aidan and Jim all turned up on the night without a team to play in but got together to put in a great performance to reach the final

The quality of darts in the final was of a very high standard with 100 plus scores being hit by all players. Lady luck wasn’t with the team of Brendan, Aidan and Jim, however, as they went down 4-1 but the scoreline wasn’t a fair reflection on their performance all night.

This was Johnny Donnelly and Alan Reenan’s second time winning the competition in the space of three years and along with Mickey Donnelly they were very deserving of their win as they had to knock-out a number of good teams to win the trophy.

The organising committee would like to thank everyone who played on the night and everyone who bought lines in the raffle and those who donated spot prizes.

Finally a special word of thanks to the Mulholland family for once again hosting a great night of darts which was much appreciated by everyone present on the night.