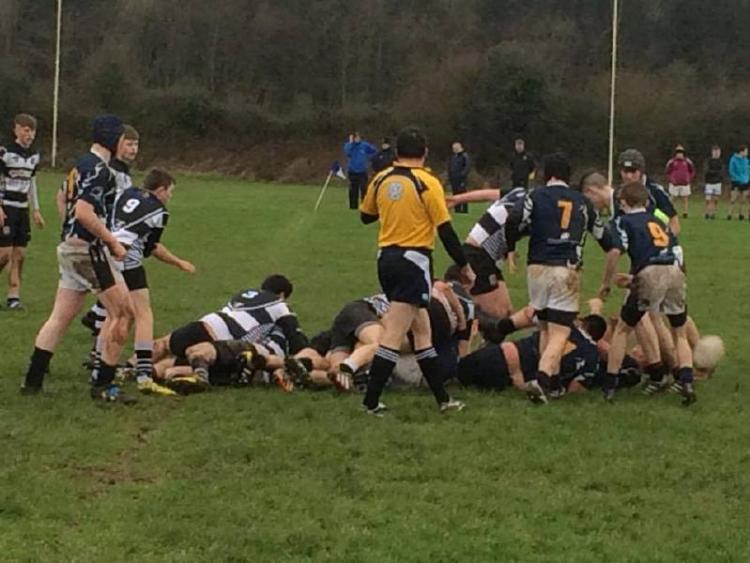 Dundalk suffered their first defeat in the Leinster League this season as they went down by the narrowest of margins in this top of the table clash in Portlaoise on Saturday.

This was a step up in intensity and physicality to anything

that Dundalk have experienced to date and at stages they found it difficult to adapt, however, it will be of huge benefit to them going forward as they approach the toughest part of the season.

Portlaoise led 8-0 before the always hard working Callum Murray got the touch down following a good block down by Gavin Farrell. Portlaoise again scored early in the second-half to lead 13-5 but Dundalk finished strong attacking the Portlaoise line before Tarlach Campbell got the all important touch down converted by Gavin Farrell to secure a crucial bonus point.

Dundalk now travel to Longford this Saturday for an equally

tough encounter and will certainly hope to raise the level of physicality both in defence and attack.

Also, best wishes to the club’s senior team in their crucial encounter with Sligo from all involved with the U17s.