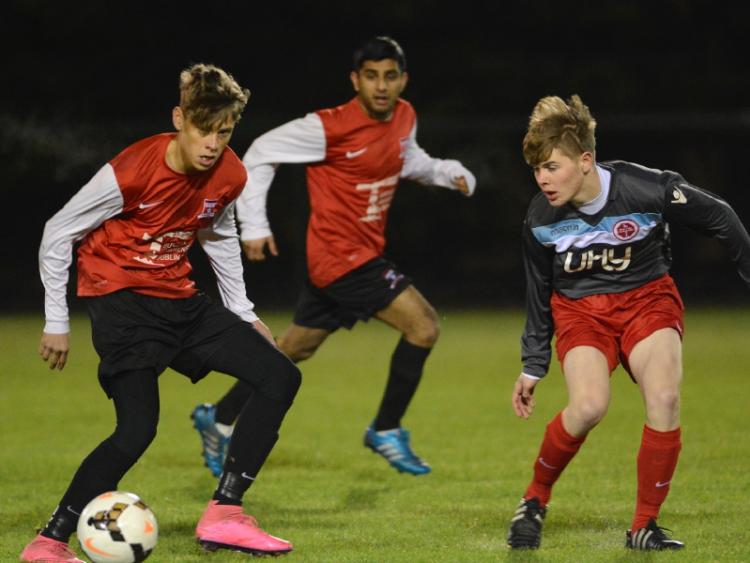 A last gasp winner by substitute Des McKeown ensured Rock Celtic qualified for the fourth round of the Leinster Junior Cup after they beat Corduff United 2-1 after extra time at Sandy Lane on Friday night - a game that saw the Leinster Senior League side finish with eight men.

The first-half saw both teams cancel each other out with both defences very much on top and there were very little opportunities for both sets of forwards to make their mark.

The second-half proved to be a much more open game and on 50 minutes teenager Fergal McDonnell’s strike found the inside of the Corduff upright before being cleared to safety.

The temperature began to rise and on 65 minutes Corduff were reduced to ten men following an altercation with a visiting player and Rock Celtic’s Mark McGeown.

Raymond Trimble’s side began to take a greater influence on the game and Shane O’Callaghan thought he had opened the scoring with a 30-yard thunderbolt only to see the effort denied by a fantastic fingertip save by the Corduff net minder who somehow managed to claw his effort from under the crossbar.

The home side went close again when McGeown set up substitute Craig Doherty with an excellent through ball but the opportunity was squandered as he dragged his effort wide.

The game went into extra time and when David Ward was chopped down from behind inside the Corduff penalty area, a second red card of the night was brandished by the referee.

The drama didn’t end there however as before the ball was placed on the penalty spot another Corduff player picked up a second yellow card for dissent and it was now 11 against eight. When the dust finally settled, Ward saw his spot-kick, and resulting follow-up, saved by the Corduff goalkeeper.

The striker made amends almost immediately when he blasted the ball home from an acute angle to break the deadlock in the Rock’s next attack.

The visitors refused to throw in the towel and the home side were left stunned when the eight men made it 1-1 but as the game entered its final minute - and penalties looming - Trimble’s side forced a corner kick from which substitute Des McKeown managed to force the ball over the line to seal a last gasp win.