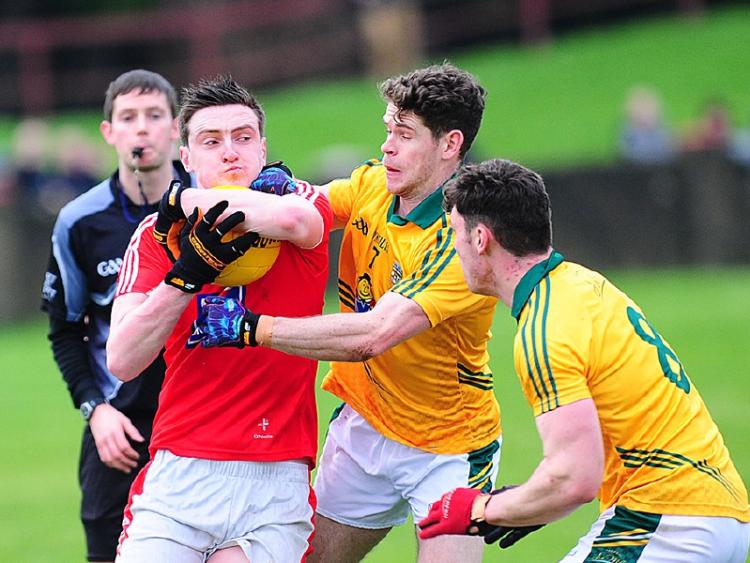 Louth manager Colin Kelly declared himself happy with the Wee County’s O’Byrne Cup campaign which ended with a one point defeat against Meath in Drogheda on Sunday.

Kelly’s side recovered from an opening day defeat against Offaly to register impressive victories against Kildare and DIT that saw them top Group B.

A semi-final against Meath was the reward for Louth and even though Kelly’s side finished on the wrong end of the scoreline, the Reds boss has been given huge encouragement ahead of the start of the upcoming National Football League season against London on Sunday week.

“It’s a pity we didn’t get another game next Sunday but the important thing was that we were very competitive right through the O’Byrne Cup,” said Kelly.

“It’s disappointing to lose like that but we know from the last few weeks that we have a good platform to work off.

“Our application was very good but we let ourselves down in front of goal at times, especially in the last quarter. The good thing is that all the problems we had today are fixable in training.”

Reflecting on the game, Kelly felt that Meath’s experience was the difference in the end.

“We got a good start but we lagged a bit after that. That might be down to inexperience,” he remarked.

“Meath were breaking us down on the counter – they’re operating two divisions above so it was always going to be hard for us.”

Kelly’s opposite number, Mick O’Dowd, admitted that his side had to dig deep to see off their neighbours.

“I’m delighted with the type of game it was, now that we’ve won it but it was very tight. With five, 10 minutes to go Louth had chances which they didn’t take.

“I’m disappointed that when we were four points up at the start of the second half, we didn’t kick on and kill the game but I’m proud of the way the lads dug out a win after being a man down.”