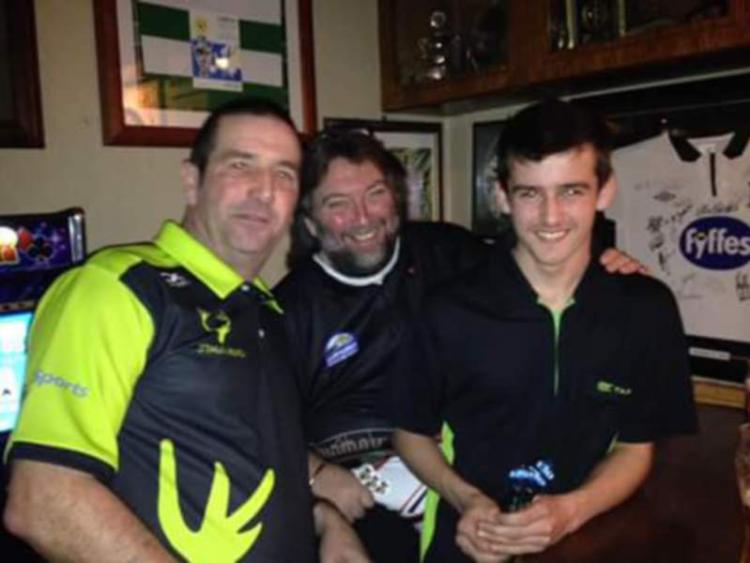 The Stag’s Head in Linenhall Street was the place to be for local darts fans last Saturday night as it played host to a charity exhibition night with former BDO World Darts Championship winner Andy Fordham.

Also present on the night was two-time World Professional Darts champion Ted ‘The Count’ Hankey and both men were hugely popular with the punters, happily posing for photographs and signing autographs.

A packed crowd witnessed exhibition darts right from the off. Fordham was run close and beaten by some of the local players - notably Stephen Kells Jr, Tommy Loughman and Mick Doyle - before he almost brought the house down, going agonisingly close to a nine darter - leaving himself on double one after nine throws.

Proceeds from the night went to the Dundalk Arch Club and the organisers said they were delighted with the money raised for such a good cause.

The organisers also reserved praise for all the players who sold raffle and sponsorship cards and to everybody who donated spot prizes including John McMahon and Christy Woods who donated a signed Dundalk FC jersey which was auctioned off on the night.

A big word of thanks to the Mulholland family for providing a great night of darts and also to Aidan Minto, Paul Callan, Craig Callan and Shane McArdle. Without their efforts, the night would not have been as successful as it was. Likewise to Bernadette Conroy and Mary Grimes, who supplied the sandwiches.

Last but not least a special word of thanks went to John Fox and David Minto of CX+ Sport who were the main sponsors of what was a great event.

The darts continues at the Stag’s Head this Saturday, January 23 when it plays host to its annual Old Folks Three-A-Side Charity Darts Competition. This competition, which is played for the Cairne’s Cup, is now in its 60th year, having being first run back in 1956.

Pre-registration is now open with a cost of €20 for a team of three. Closing time for registration will be at 6pm on the day of the event with the first game due to start at 7pm.

If anyone wants to pre-register their team or needs any further information they can call into the Stag’s Head on Linenhall Street, Dundalk by contacting the Stag’s Head Darts Facebook page or by ringing 0872146272.