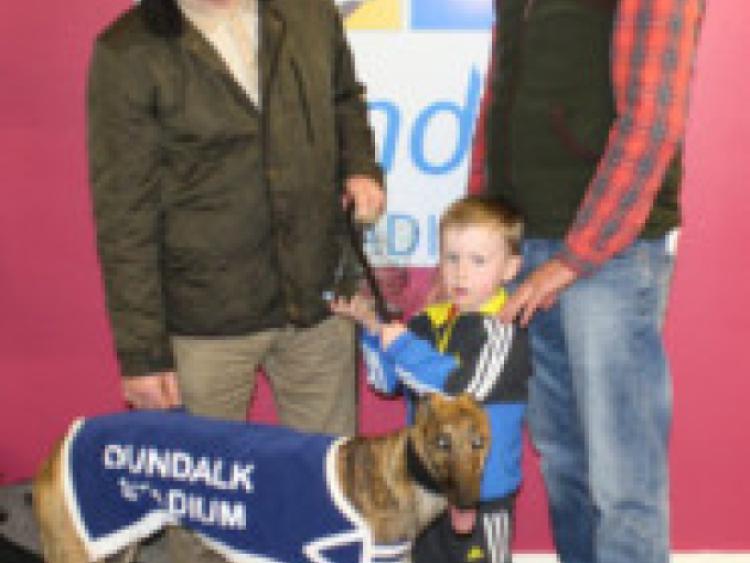 Boylesports has ended its sponsorship of the Dundalk International and is to be replaced by local transport firm, Matthews Coaches. This year’s renewal of the big race, first run in 1968, takes place on July 12.

Boylesports has ended its sponsorship of the Dundalk International and is to be replaced by local transport firm, Matthews Coaches. This year’s renewal of the big race, first run in 1968, takes place on July 12.

Having come on board soon after the opening of the track at Dowdallshill, in 2003, Boylesports, which has its headquarters in the town, guaranteed a first prize of €25,000 at the beginning of its involvement before there was a reduction of €5,000.

Its CEO, South Armagh-born, John Boyle, whose family has long been linked with greyhound racing and coursing, was present each year to hand over the trophy to the winner - and wouldn’t it be something else if this year, the first of the new sponsor, he’s on the receiving end?

It’s not beyond the bounds of possibility. Boylesports Star, owned by Boyle and trained in Newry by Brendan Matthews, is currently among the country’s top trackers.

Having won the prestigious puppy event, the €80,000-to-the-winner Con & Annie Kirby 525 at Limerick, the imposing black-and-white was then taken to Clonmel. Competing in the Produce Stakes, he saw off all challenges, going through the competition unbeaten, just as he had at Limerick.

Dundalk’s short run to the first bend wouldn’t be to Boylesports Hero’s liking, but he’d be in his element on the long back straight, and if in touch turning in would have a big chance.

This is a first for Matthews Coaches, a firm which has really blossomed in recent years with the ultra-reliable bus service between Dundalk and Dublin being its flagship. The winner’s prize will remain at €20,000, and given the game its in, the sponsors could have transport available on the night for patrons in towns close to Dundalk.

Mind The Net, beaten English Derby final favourite, is an International probable, his Limerick-based trainer, Pat Buckley, reported as saying his charge has come out of the Wimbledon competition “bouncing, and raring to go”.

Local fare over the weekend was highlighted not by a win, but a defeat....of Monleek Dawn. The Drogheda runner was 2/7 to win Saturday night’s final of the Barber Kennels 400 after a scintillating semi-final run, but leaving the traps long after the others, never got a blow in and eventually finished fourth.

Victory went to Drumsna Pearl, owned by former Kilkerley-based Pauline Quinn and trained by her husband, Pat. An 8/1 chance, the two-year-old was always in front, and in winning by two lengths clocked a decent 21.35.

On the same card, Peter Noone sent out Wolowitz from his Lordship kennels to win over the 400, and Blackrock’s Stephen Thornton collected with Highview Ash taking a 525.

Darver-based David Dunne was on the mark on Friday night, scoring a double with the beginner, Priceless Sand, and Glow Dubh, and Channonrock’s Seamus Casey was a winner with Mr Furious.