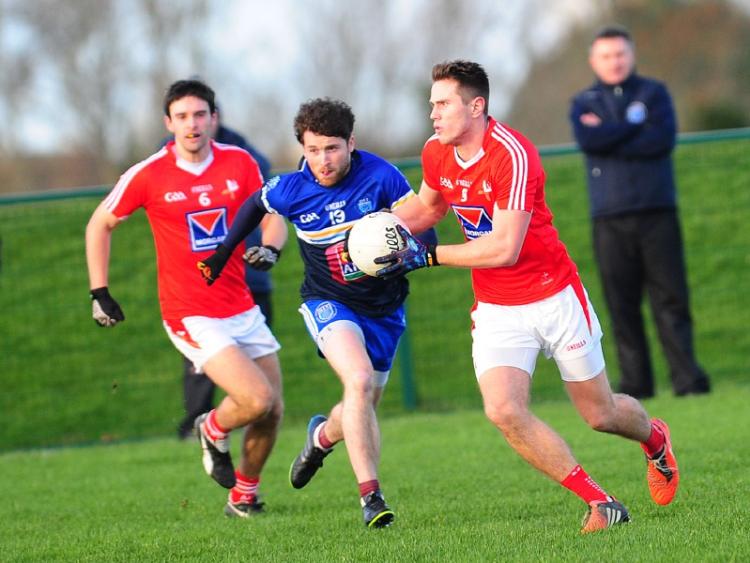 After spending large parts of 2015 in Australia, Jim McEneaney has returned to the inter county scene with a bang!

The Geraldines man scored 1-6 in Louth’s O’Byrne Cup defeat to Offaly in Darver before repeating the trick against DIT on Sunday, dispatching seven of his eight attempts at the posts.

McEneaney said that the disappointment of the Offaly performance spurred the team on to victories against Kildare and DIT. As a result, Louth finished top of Group B, earning themselves a home semi-final against Meath this Sunday.

“We were disappointed with how we played against Offaly. We made a lot of errors, especially up front, so it was important to execute the basic skills in Kildare on Wednesday and again today,” he told the Dundalk Democrat after the DIT game.

“We are happy with that. Confidence is good at the minute.”

The talented forward feels that Louth are reaping the benefits of having a strong panel and he said that competition in the squad for a starting place against London on January 31 is a good thing.

“That game is what we ultimately have been planning for,” he said.

“We’ve a lot of players competing for 15 spots and everyone is just thinking of the next game and putting in a team performance, so I suppose the competitiveness within the squad will make everyone push on and make sure we’re ready for the London game.

“We played three games this week and we had a lot of lads making their debut in those games.

“It has been encouraging that we have been able to switch players in and out and get the performances that we wanted, both against DIT today and in Kildare on Wednesday.”