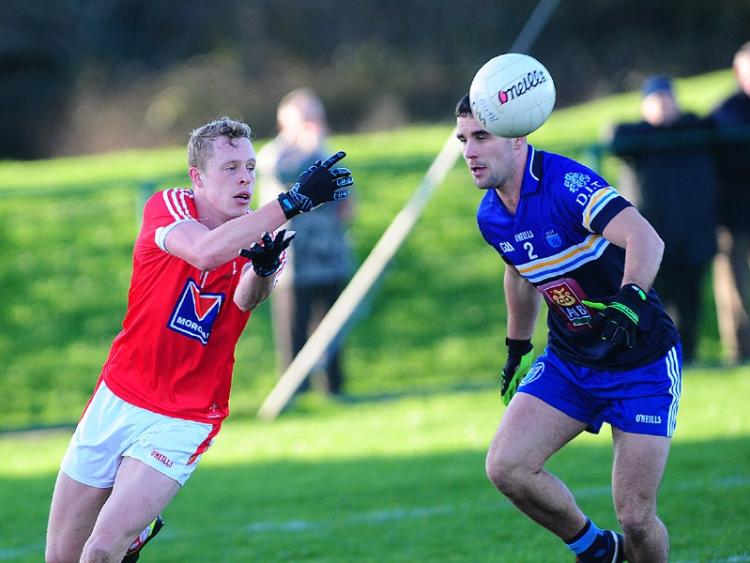 Louth produced an excellent second-half performance to secure a 3-19 to 1-9 victory over DIT in Darver on Sunday to set up an O’Byrne Cup semi-final showdown with neighbours Meath.

After a nine point win over Kildare four nights earlier, Louth boss Colin Kelly will no doubt have been given more encouragement by another good display against the students on Sunday.

Jim McEneaney, Declan Byrne, Kurt Murphy, Derek Maguire, Tommy Durnin and Conal McKeever all played very well for the Wee County. McEneaney scored an impressive 1-6 while Maguire seems to be revelling in his new role of sweeper which showcase his speed and industry.

From an attacking sense, Louth did struggle a bit in the first-half and playing into the strong breeze they found it hard to make any major headway.

During the first 25 minutes almost every Louth attack was cut out by the DIT defence and it was the introduction of Barry Flanagan in the last 10 minutes of the first half that turned things the home side’s way.

Killian O’Gara opened the scoring with a free after six minutes for DIT but St Fechin’s man Ronan Holcroft equalised with a free shortly after.

This signalled a little purple patch for Louth as they scored 1-2 in the space of just four minutes. Following a close range free from Jim McEneaney, the same player finished a well crafted Louth passing move with a goal when he slapped a Conal McKeever pass to the net. This was followed by another Holcroft free and Colin Kelly’s side found themselves 1-3 to 0-1 ahead by minute 13.

DIT, to their credit, responded with six unanswered points of their own thanks to their corner forwards Killian O’Gara and Conor Madden who were a threat throughout, particularly O’Gara who scored 0-6 points and was always a menace. McEneaney ended Louth’s 19 minute wait for a score with another free-kick to draw the sides level at 1-4 to 0-7.

Louth introduced Barry Flanagan into the fray and minutes later he grabbed the second goal of the game; the O’Raghailligh’s man slotting the ball coolly past Conor Ferris to give Louth a 2-4 to 0-7 point lead on 35 minutes.

Byrne got the final point of the half to leave it 2-5 to 0-7 in the Wee County’s favour at the break.

Louth’s second-half was as good as they have produced under Kelly as they scored 1-14 and defended soundly despite conceding a late goal through DIT’s Emmet O’Conghaile. This was the Dublin college’s first score of the second-half, coming in the 63rd minute of play.

Jim McEneaney scored Louth’s first three points after the restart to give his side a six point lead. This was followed by points from Adrian Reid, Conal McKeever, Declan Byrne and Tommy Durnin which meant that Louth were 2-12 to 0-7 points ahead after 48 minutes.

Emmett O’Conghaile’s goal was little consolation for DIT as Louth cruised to victory and a place in the semi-final of the O’Byrne Cup against Meath this Sunday.