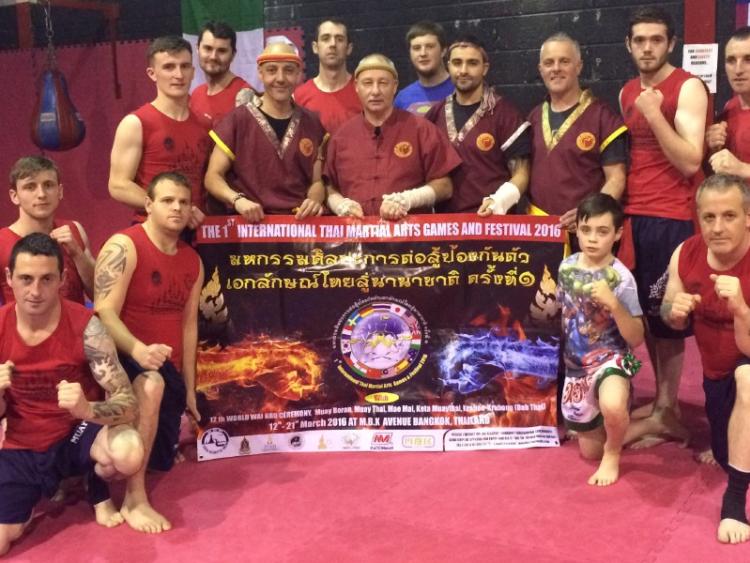 The martial arts scene in Dundalk continues to grow with an example of its vibrancy shown by the recent hosting of the first ever Muay Boran seminar in Dundalk, which was delivered by Grandmaster Kevin Lloyd.

Local men Brian Gallagher and Gerry Ross are the driving forces behind the newly formed group, which is affiliated to the World Muay Boran Federation.

Brian has had a long history of involvement in the martial arts scene in Dundalk, obtaining a black belt in karate and then training in Muay Thai before going on to establish the Dundalk Thai Boxing Club in 1996.

Brian has always had a keen interest in the self defence aspect of martial arts and after some research established links with world renowned Grandmaster Kevin Lloyd.

According to Brian: “Some people have perhaps heard of Muay Thai as it is the national combat sport of Thailand or perhaps because it is the main striking art used in MMA events such as the UFC, however not many would be aware of Muay Boran.

“Muay Boran was the martial art used in battle when a warrior lost his weapon and had to resort to hand to hand combat. It is a complete system as it utilises an advanced repertoire of striking in conjunction with grappling, joint locks and ground fighting techniques.

“As such, it is a highly effective system of self defence which accounts for its growth in popularity as people combine taking responsibility for their own safety and seeking out a more stimulating method of getting fit.”

Muay Boran is taught as part of the syllabus at the Dundalk Thai Boxing Club which has recently moved to new premises at the Dundalk Combat and Fitness Academy on Coe’s Road East.

Members range in age from 11 to 50 with training provided for both the serious athlete seeking to compete and also for the recreational sports person who simply wishes to learn some self defence, get fit and socialise.

Training takes place four times a week, on Mondays at 6:30pm, Wednesday at 7pm, Friday at 7pm and optional sparring on Sundays at 4pm,. New members are always welcome.