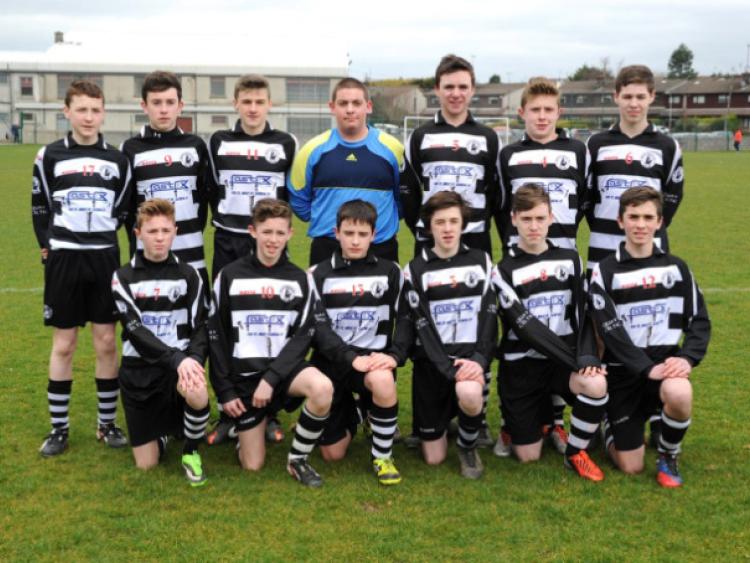 Jamie Browne’s stunning volley 17 minutes into the second half earned Glenmuir a tremendous win as the away team upset the form book to claim their fourth win of the season.

Glenmuir eased more and more into the game and started to ask questions of the home defence. A throw in from the left in the 27th minute was gathered by Philip Tynan, he turned sharply to fire a shot towards goal but ‘keeper Neacy tippped it away for a corner.

Peter McStravick’s corner kick found Thomas O’Connell at the back post and he showed no hesitation to fire through a crowd of players to give Glenmuir a 0-1 lead.

Rock Celtic responded well and on the stroke of half-time Daniel Corcoran equalised with he found space on the edge of the penalty area before firing a powerful effort low to the bottom corner.

Rock Celtic continued on the front foot after half time and Ekwueme was very unlucky in the 44th minute when his fierce effort smashed off the crossbar and minutes later Aidan Curtain was denied by another fine save by Byrne.

Glenmuir kept battling and earned a free kick wide on the left wing; McStravick’s deep delivery beat the entire defence and found the unmarked Browne who showed great technique to volley high into the roof of the net.