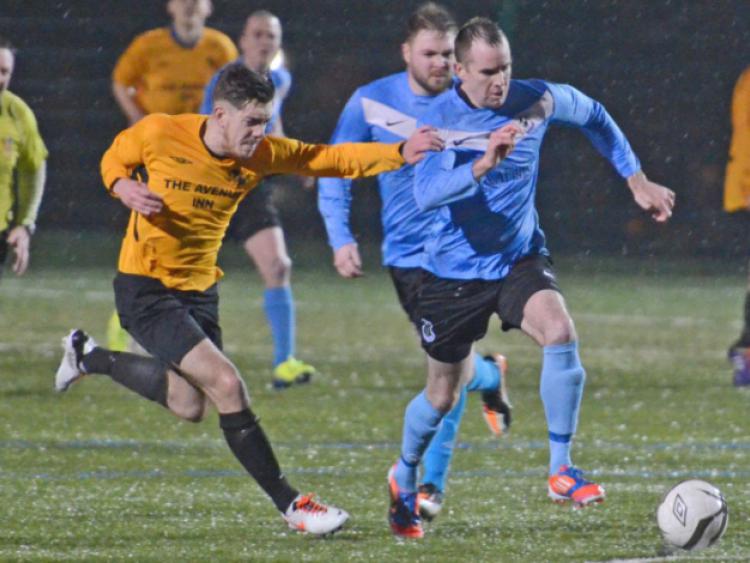 Bellurgan United’s title hopes were dealt a hammer blow on Sunday morning when they suffered a 2-0 defeat away to Navan Cosmos a the MDL Grounds.

Bellurgan United’s title hopes were dealt a hammer blow on Sunday morning when they suffered a 2-0 defeat away to Navan Cosmos a the MDL Grounds.

In a game of few chances Bellurgan almost opened the scoring after just five minutes when Ray Finnegan, making a welcome return to the United team, tested the home goalkeeper with a stinging drive from 25-yards after good work from Stephen Malone.

Shortly afterwards Ciaran Rogan also went close from a header when he got on the end of a Karl White corner kick.

Midway through the first-half the home side went in front with a powerful strike that gave Robert Arthur little chance of saving. Bellurgan opened the second-half brightly but despite having plenty of possession they failed to create any real clear cut chances.

With 70 minutes on the clock they eventually found the net from a corner kick but were left mystified when the referee ruled it out for an alleged offside infringement.

The home side took full advantage of this let off and with ten minutes to go they scored a second to put a huge dent in Bellurgan’s title aspirations.