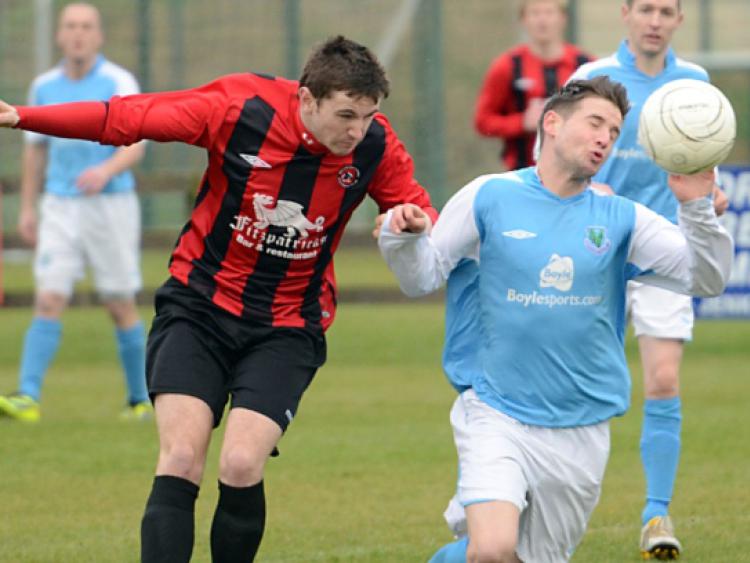 Rock Celtic exited the FAI Junior Cup when they were beaten 2-0 away to St Paul’s Artane who play in the top division of the AUL League.

Rock Celtic exited the FAI Junior Cup when they were beaten 2-0 away to St Paul’s Artane who play in the top division of the AUL League.

Chances were in short supply as both defences cancelled each other out with the Rock’s best efforts coming from the tremendous Neil Walshand Paddy Quinn.

It was the home side that broke the deadlock on 35 minutes when a rash challenge from David McGeough resulted in a penalty kick that was converted past John Rogers.

The second-half saw the Seasiders on top with Paddy Reilly leading by example however despite consistent pressure they failed to get on the scoreboard with Rogers a virtual spectator at the other end.

Midway through the second-half the Rock were denied what looked to be a stonewall penalty kick when David Ward’s attempted flick to take him round the centre half was stopped by what appeared to be a clear handball but play was allowed to continue.

It got worse soon afterwards for the MDL side as they were reduced to 10 men when McGeough picked up a second yellow card after Cormac McArdle conceded a free-kick. St Paul’s were also reduced to 10 but they rubbed salt into the Rock wounds when Rogers was beaten with a header from the resulting set-piece.

Try as they might Shane Reddish’s side failed to breach the home side’s well organised defence as St Paul’s saw out the game to advance.