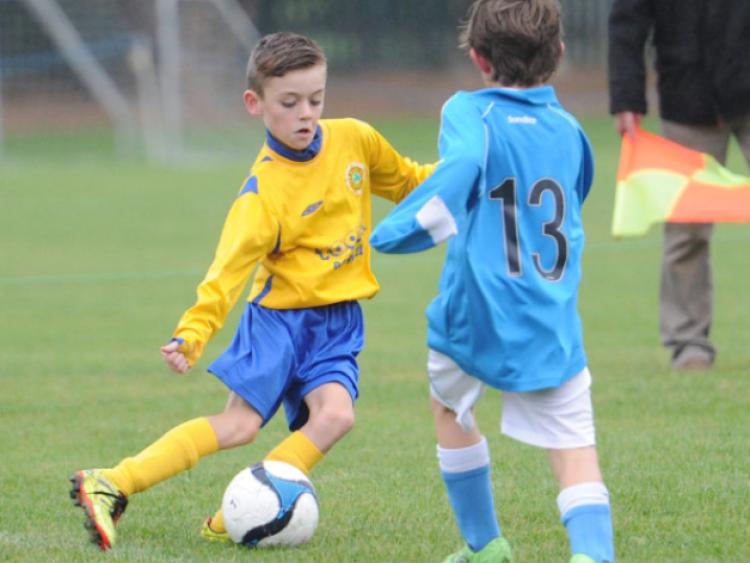 Quay Celtic set the standard for the season on Saturday afternoon at the Army Grounds pitch on the Coes Road as they laid down a marker to their challengers with an impressive display in the U15 league.

Quay Celtic set the standard for the season on Saturday afternoon at the Army Grounds pitch on the Coes Road as they laid down a marker to their challengers with an impressive display in the U15 league.

The home side totally dominated with some slick football and excellent passing throughout the entire team.

It was a tough opening game of the season for Woodview and they too had some excellent individual performances but unfortunately they were lacking any real threat up front.

Quay Celtic owned nearly all the possession in the early stages with waves of attacks coming down through on both wings.

Woodview did have a good chance of an equaliser on 14 minutes when Keelan Smith got in behind the Quay Celtic defence after a terrific pass from Conor McGuinness but Smith’s hurried effort was sliced wide of the post with the goal at his mercy.

Quay responded from the let off when the alert Adam Hooper slotted home from 12-yards to put his team 2-0 ahead on 17 minutes.

The visitors turned defence into attack with a couple of swift passes that released John McCormack in the 28th minute, the Woodview striker managed to get the ball past the advancing Quay Celtic ‘keeper Garion O’Hare but defender Andrew Curley arrived at the last second to clear the ball away to safety.

Quay Celtic finished the first half on a high when Gavin Smith rolled a short free kick into the path of the unmarked James Prendergast who fired into the corner of the Woodview net for Quay’s third goal.

Prendergast made it 4-0 in the first minute of the second half with an early contender for goal of the season when he superbly volleyed home Adam Hooper’s pacy cross, the ball flew into the top corner of the Woodview net.

That was certainly the turning point in the game for Woodview as they completely went out of the contest and Quay Celtic powered through the away defence.

Shane Byrne made it 5-0 on 42 minutes and Conor McGailey and Sean O’Hanlon added two more to make it 7-0.

Woodview did not completely throw in the towel when John McCormack burst through the Quay defence in the closing stages but his shot could only find the side netting.