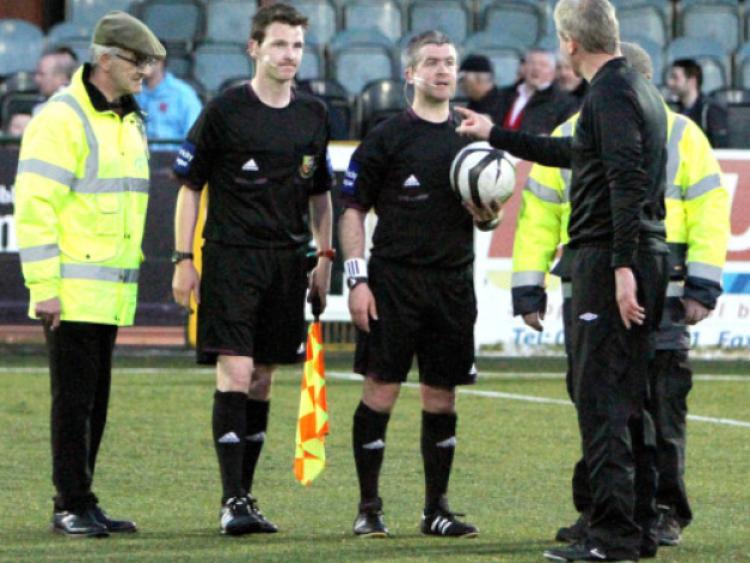 Stephen Kenny says Dundalk “deserved to win the game” on a night of missed chances that left his side “kicking themselves”, after UCD secured a surprise 3-2 victory at Oriel Park on Friday.

Stephen Kenny says Dundalk “deserved to win the game” on a night of missed chances that left his side “kicking themselves”, after UCD secured a surprise 3-2 victory at Oriel Park on Friday.

After a dream start that saw them break the deadlock through Patrick Hoban inside two minutes, Dundalk were stunned by two goals from David McMillan and another from Robbie Benson.

Hoban ensured a nervy end for the visitors with an 84th-minute header, but as Dundalk reflected on a disappointing night, it was a failure to convert their openings that left them wondering what may have been.

Tiarnán Mulvenna, Stephen O’Donnell and Keith Ward all had good chances to score. And between those and some questionable calls from the officials, it was a frustrating evening for the Dundalk boss.

“I’m obviously very disappointed with the result. I felt we deserved to win the game,” Kenny said afterwards.

“We scored a really good goal. It should have given us a lift to go and win the game.

“Obviously, it was a very dubious penalty given against us. I felt a collection of decisions – not just the referee – even some of the decisions from the assistants as well.

“The turning point really was when John Sullivan was in on goal and he was flagged for a foul. It seemed ridiculous, really. They went down the other end and scored within 30 seconds, so that was a big turning point for us.

Going into Friday, Dundalk had conceded just once in their previous five league outings. And, despite shipping three against UCD, Kenny’s only complaint was with the second goal.

“We were 3-1 down but, at that stage, they had only had two shots on goal plus the penalty,” he said.

“They had no attempts on goal, so we were doing alright at the back. The second goal that we conceded looked poor defending. I don’t know how David McMillan got in there and how the ball ended up there. It’s disappointing.”

Still, the 41-year-old remained positive, and was pleased to see his side’s battling qualities once more on show, with substitute Kurtis Byrne inches away from rescuing a 3-3 draw in the 93rd minute.

“We haven’t lost two games on the trot since we’ve come here, and we’ve showed what we’re about by finishing the game so strongly again,” Kenny said.

“We have that resilience in us and the ability to come back. Kurtis hit the bar to equalise. We were very unlucky. We should have won the game. We left it behind us tonight.”