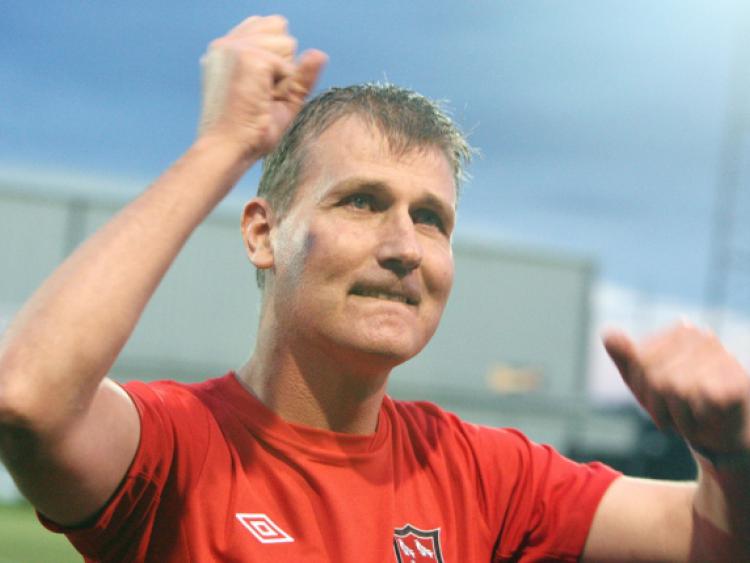 Dundalk manager Stephen Kenny has called on his players to retain their focus and make history as the Lilywhites enter the final series of league fixtures which will make or break their title bid.

Dundalk manager Stephen Kenny has called on his players to retain their focus and make history as the Lilywhites enter the final series of league fixtures which will make or break their title bid.

The Lilywhites picked up 21 points in the first series of games and 22 points in the second round and Kenny feels if they can replicate that tally they will have a real chance of landing a first championship since 1995.

“We must believe we can do it”, said Kenny. “The players have been magnificent and the run of results in the second series of games was exceptional. There’s no reason we can’t better that.

“I don’t know how many points will win the title this year and it’s impossible to predict because there’s never been a season in recent memory where there has been five teams going for the league at this stage.

“We were something like 125/1 to win the title at the start of the season”, he added. “The club are trying to do something that has never ever been achieved before; a team who finished bottom of the league going on to win the title the following season.”

Key to the run in will be Dundalk’s home fixtures which see the likes of Shamrock Rovers, Sligo Rovers, Drogheda United and Derry City visit Oriel Park.

“The fans have a huge part to play”, said Kenny. “This time last year they were packing bags in supermarkets and organising fundraisers to keep the club alive. They’ve been through so much and now we want to get them out in force to help make Oriel Park a hostile environment to play in.”.

John Mountney and Dane Massey are rated doubtful for Friday night’s game but Kenny is hoping to have Mark Rossiter back after the vice captain limped off in last Friday’s win over Bray Wanderers with a tight hamstring.

“It is going to be an epic final round of games and that starts on Friday night”, said Kenny.

Rovers will feel that a win puts them right back into the race and each one of our players will need to roll up their sleeves and relish what is ahead of them.”