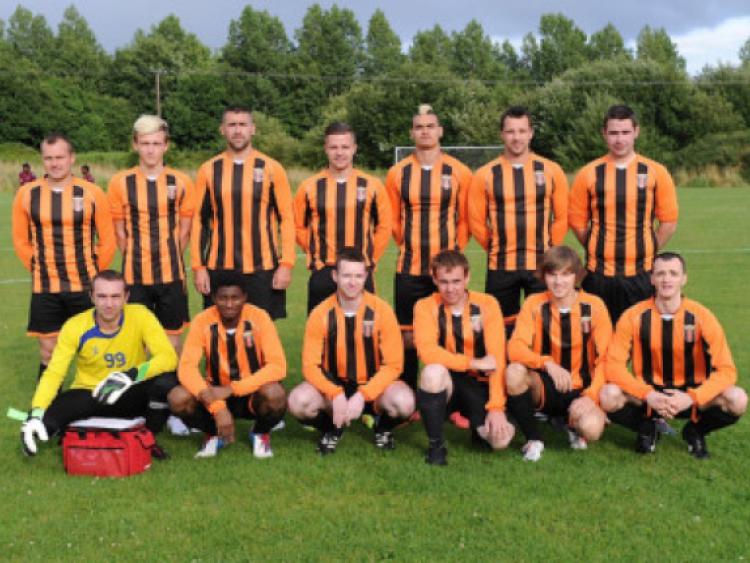 A delightful chip from Aidan McGuinness saw Rampart go ahead in the 1st minute and the same player stretched the lead 20 minutes later.

Bay hit back with two goals in a three minute spell with Jeffrey Ekwiene and Stephen McQuillan making it 2-2.

Ryan Keelan put Rampart ahead again early in the second-half before Ekiwiene struck again to make it 3-3.

With 15 minutes to go McGuinness was hauled down in the box and Jason Mulligan put the spot-kick away to edge Rampart ahead again before Jamie Kelly wrapped up the scoring.

Seven up for Redeemer

Redeemer United inflicted the heaviest defeat of the campaign, 7-0, on Doolargy All Stars in DkIT last Monday night.

The Gorman Park side led 3-0 at the break, Barry Grimes, Woiteck Gladzy and Barry Carr, from the penalty spot, scoring the goals.