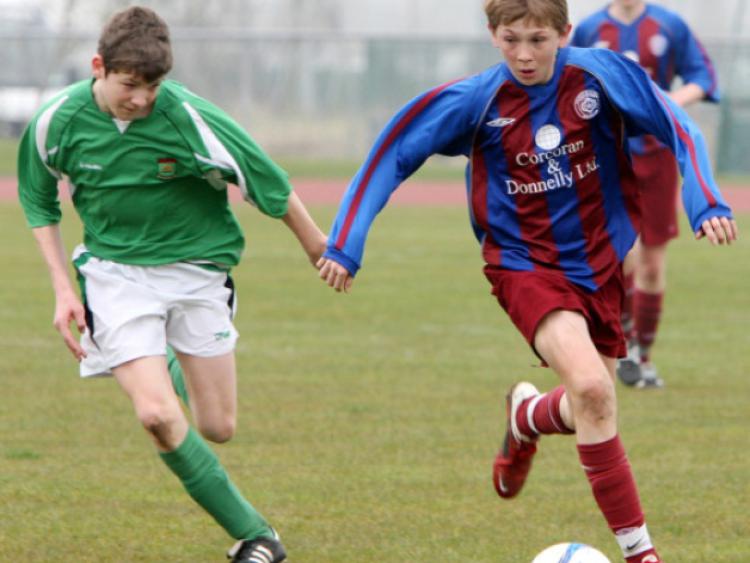 Manchester United-bound James Dunne has become the latest in an ever-growing list of former De La Salle students who have gone on to become professional footballers.

Manchester United-bound James Dunne has become the latest in an ever-growing list of former De La Salle students who have gone on to become professional footballers.

Stephen Staunton, Derek Delany, David McGeough, Patrick Quinn, Alan O’Hare, Stephen McDonnell and Ryan Markey were all students at the school before making the move to clubs in the UK.

And according to teacher and former Dundalk FC star John Flanagan, it is something the De La Salle is justifiably proud of.

“It’s fantastic for the De La Salle”, he said. “Sport is taken very seriously at the school, and we put a lot into coaching and training.

“People look at the school and kids see the sporting prowess we have and they want to become a part of it.

“As well as the footballers, we have a list on the wall of students who have played senior GAA football with Louth.

“Ciaran Byrne – who has just signed to play Aussie Rules for Carlton – was added to that list this summer so it’s great for us.”

Dunne was a member of the De La Salle first year team which made it to the All Ireland football final in under the guidance of Brian Halpin in 2011.

He played under Flanagan in both second and third year, and the former Dundalk star feels that he has all the attributes needed to make it to the very top.

“You could see from looking at James that he was streets ahead of the rest of the lads in terms of his passing, movement and reading of the game.

“The great thing was that he is very attentive to any advice.

“He would take anything you said on board and wouldn’t question you.

“His attitude is fantastic, and he was a great kid to deal with.

“Manchester United cast their net worldwide and the hard work starts now for him, but they have seen something in him and hopefully it all works out for him.”