Kinsella performances 'not a bad thing'

The on-loan Everton winger realistic about his opportunities on Merseyside 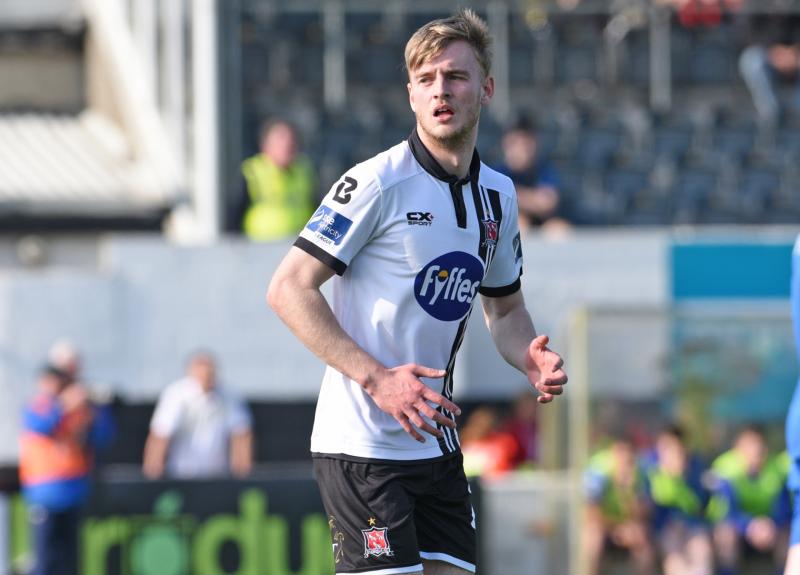 Steven Kinsella is your traditional winger. Fast, flighty and with a feint that would rival the best salesmen in the country, the on-loan Everton man is quickly winning over the Oriel Park patrons.

Despite his limited league opportunities, Kinsella has shone in the EA Sports Cup this term with his trickery and invention key to both victories in the competition thus far, including Monday night’s victory over Waterford.

And while the 18-year-old would like more game time in the league, he doesn’t feel it’s a bad thing that the cup games are where he’s making his mark.

“I don’t think it’s a bad thing that I’m performing in the cup but obviously, there would be something wrong if I didn’t want to play every week which I do and hopefully my chance will come very soon,” the Dubliner told the Dundalk Democrat after the game on Bank Holiday Monday.

He continued: “It’s what I’m in the team to do, to set-up and score goals. That’s my game.

“They sat off and made it very difficult. They’re very compact and it was a slow enough first-half but we got it going thankfully and got a good win in the end.

“When I’m in the team, I’m there to set-up and score goals. That’s my game.

'34: @DundalkFC 0-0 @WaterfordFCie. Magic feet and run from Kinsella, linking with Kilduff, before toe-poking narrowly off target.

Unfazed and able to play on either wing, the left-footed prodigy was honest in speaking about where he feels his professional future lies.

“At the end of this loan, I haven’t gotten very long on my Everton contract,” Clifford said.

“Basically, I’m just looking to perform here and I know that I’m really enjoying my time at Dundalk so far and that’s really all I can focus on at the moment.

“I’ve been forced to step-up because you don’t really have much of an option against men as opposed to schoolboy football.

“You have got to be stronger, use your body more and I’m working hard on that.

“I’ve probably done more gym here than I’ve ever done in my life but I’m doing what I need to do to get in the team.”

With Kinsella being so light in stature, is the training regime, particularly in regards to gym work, much different at Oriel Park in comparison to that of St. Patrick’s Athletic, where he spent time on loan, or parent club Everton?

“The focus on gym here is a bit different to even Everton I think as well as Pats. It’s absolutely massive here which is obviously a big part of the success here.

“It’s different to any place that I’ve been really, but I’m loving it at the same time,” he added.