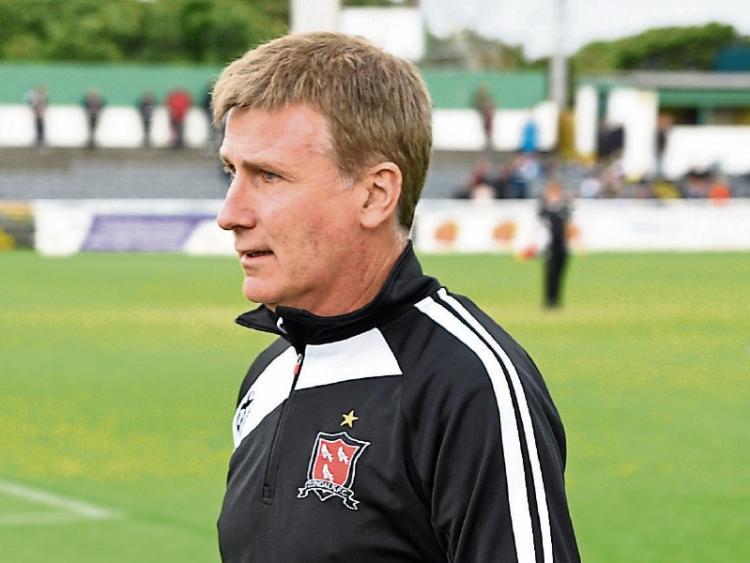 Stephen Kenny is facing his biggest test since arriving at Oriel Park. His Dundalk team is bidding for a fourth successive League of Ireland Premier League title, and though the competition is still in its infancy, the champions find themselves six points adrift of arch-rivals Cork City.

As he geared up for a third title bid, Kenny had to make do without a couple of players who'd been prominent in the two first wins. Pat Hoban had crossed channel to try his in the English League and was followed a season later by Richie Towell. Their replacements didn't weaken the side. Apart from retaining domestic soccer's main prize and going very close doing the double for the second season running, Dundalk secured a remarkable run on the continent, featuring in two competitions.

Kenny would dearly love to have last year's panel to choose from, but again he's having to contend with a changed set-up. The most recent exodus has taken Ronan Finn back to his former club and Daryl Horgan and Andy Boyle to Preston North End. Finn has slotted in at the heart of the Shamrock Rovers defence, and Boyle and Horgan are now regulars at Deepdale. More than that, the pair have won their first International caps, and could be included when Martin O'Neill's Republic side renew their bid for World Cup qualification.

The void Stephen Kenny has to fill this time is enormous, and he's not helped by having to contend with injuries. But as he's shown in the past he likes nothing better than a challenge. You can be sure he'll be up for this one, just as he was for all others in the past.