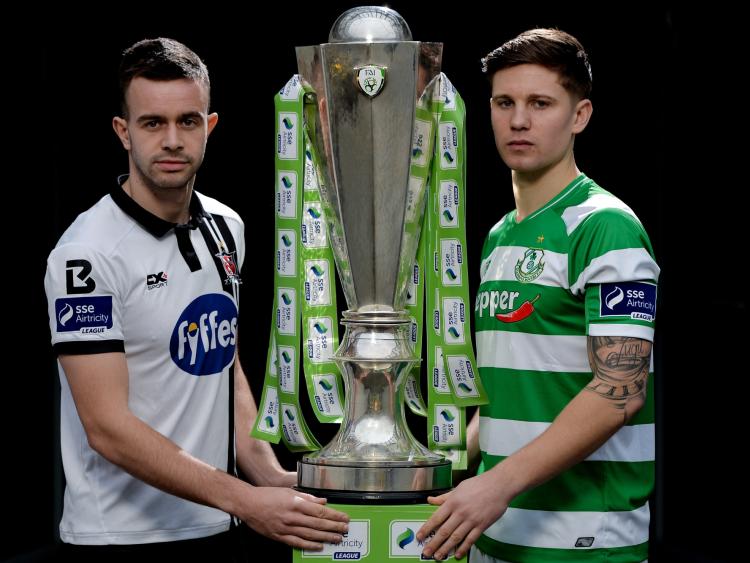 Dundalk their quest for a fourth successive league title on Friday night when Shamrock Rovers arrive at what Stephen Kenny hopes will be a noisy and hostile Oriel Park.

A mini injury crisis, coupled with the departure of some key members of last year’s title-winning squad has left many people outside of Dundalk wondering if this could be the season that Kenny’s side loses their grip on the crown.

Those hopes were fuelled by Cork City's 3-0 win in the President’s Cup at Turner’s Cross last Friday but a bullish Kenny is adamant that his side will rise to the occasion and he has called on the club’s supporters to rally behind his troops.

“We need everyone, all of the fans and the people of the town to really get behind the team and we're hoping that Oriel Park is electric," he told The Dundalk Democrat.

“People think we’re vulnerable this season. We’ve lost some big players and we were beaten in Cork on Friday night so people will see this as a chance to overtake us.

“We have to respond to those questions. We’ve worked so hard to win three titles in a row and we won’t be giving that up lightly."

Gary Rogers (calf), Shane Grimes (hamstring), Chris Shields ( ) and David McMillan (knee) will all miss Friday’s opener. Meanwhile, Sean Hoare has been added to the casualty list and will be sidelined for two weeks with a injury sustained in a warm-up exercise at Turner’s Cross.

Ciaran Kilduff, who was stretchered off on Leeside and required seven stitches to heal a deep gash on his shin, is rated touch and go for Friday with new signing Thomas Stewart in line to make his debut if Kilduff doesn’t make it.

“The reality is we’re going into the game with over half of our team missing,” said Kenny.

“Our first choice goalkeeper, our top scorer from last year and our main sitting midfielder are injured and we’ve also lost last year’s Player of the Year and our main central defender to other clubs.

“What it does is give others a chance to step up,” he added. “We’ve brought in some very good players and I don’t mind throwing them in because they’re good enough to play.

“We need to show our strength. Individual players have been brilliant for us over the years and there is no denying that but it has always been about the collective spirit.”

Rovers marks the start of a period which will see Dundalk face five of last season’s top six sides and Kenny said that a good start was vital.

“The first period of the season is critical for us,” he stated. “There’s a possibility that we could have played 22 league games before the Champions League qualifiers so what happens between now and then is critical.

“We’ll concentrate on Europe when that comes around but for me, the important thing is the first period of the season.

“With three teams going down it’s going to be ultra-competitive league and clubs like Bray and Limerick have spent money, as have St Pat’s. I wouldn’t discount anybody this year but all I’m worried about is how we perform,” he added.

Friday night’s game will be the first on the new artificial surface at Oriel Park. The Dundalk squad trained at Abbottstown on Monday as work continued to get the the new pitch ready for the televised clash with the Hoops who have sold out their allocation of 500 tickets.

eirSport will broadcast the game live with kick-off at 8pm.