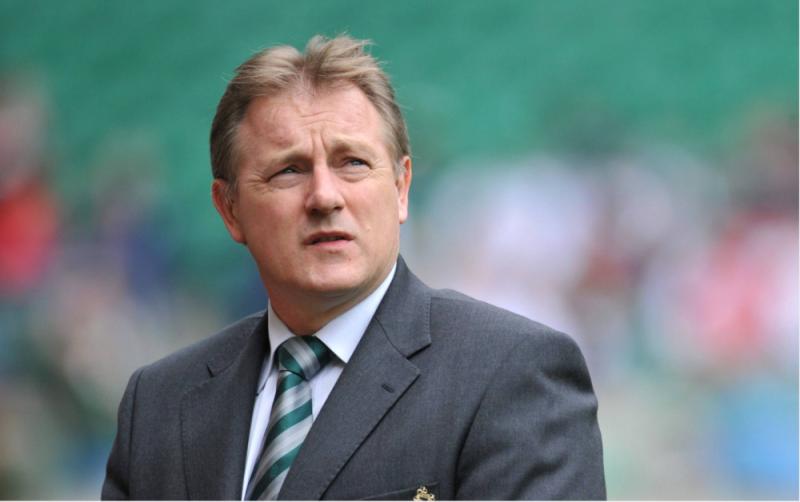 Former Ireland rugby boss Eddie O’Sullivan has been appointed Head Coach at Buccaneers RFC. This is a significant signing by the Athlone club who recently gained promotion to Division 1B of the Energia All-Ireland League following a dramatic play-off final victory over hot favourites Queen’s University in Belfast.

O’Sullivan returns to the club he steered to the ‘old’ Division One in 1997/98 and he helmed the Pirates to a Top Four finish the following season before Ireland came calling for his services just weeks before the commencement of the ensuing season. His return to Dubarry Park on a two-year contract will be seen as a major coup for and signal of intent by the midlanders.

O’Sullivan, well renowned and highly respected for his coaching with the Ireland and USA Senior squads, is “delighted to be back and involved again at Buccaneers. I enjoyed my time there previously and I believe there is a young but highly talented group with rich potential at Buccs to further develop”. The club is equally pleased believing he is “a coach who can get the most out of their promising squad of eager and willing players”. Working with club’s coaches, Eddie will oversee all Seniors rugby including U-20’s and Juniors.

A native of Youghal, Co. Cork, his playing career took off at Garryowen where he played mainly on the wing but also at fly-half. He was a regular with Munster during 1983/86 and won an Ireland A cap in 1984. Taking up a teaching position he Galway, his first foray into coaching was at nearby Monivea. He coached Connacht in the mid 1990’s and led Ireland to a first ever U-21 Triple Crown in 1996.

His next key coaching role was with the USA Eagles in 1997/99 and he then succeeded Warren Gatland as Ireland Head Coach for the period 2001/8. During that term, Ireland won Triple Crowns in 2004, 2006 and 2007 although the Six Nations title narrowly eluded them on a number of occasions. But the 63-year-old’s coaching successes saw Ireland rise to number three in the world rankings and also forge a record 43-13 victory over England in that historic match played at Croke Park in 2007. He was also an assistant coach with the British & Irish Lions tour to New Zealand in 2009.