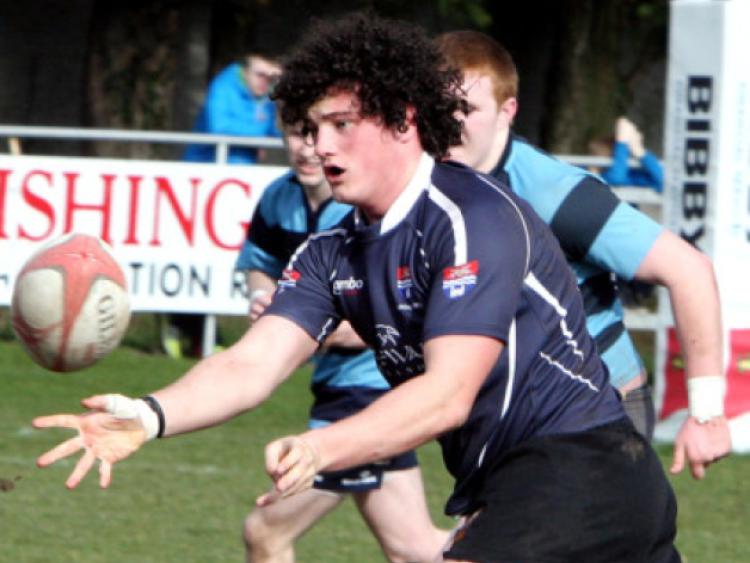 Ardee/Dundalk put up a heroic effort in their pursuit of Leinster U19 Premier League glory against Navan in Templeogue on Sunday and had some questionable decisions, and a little luck gone their way, the trophy could have been heading back up the M1.

Ardee/Dundalk put up a heroic effort in their pursuit of Leinster U19 Premier League glory against Navan in Templeogue on Sunday and had some questionable decisions, and a little luck gone their way, the trophy could have been heading back up the M1.

Despite their players giving everything in an incredibly evenly matched game, as to be expected of a final, a heart-sinking and controversial last minute penalty saw their dreams go down with the sun in south Dublin.

It was Navan who started the game off the brighter in the early, opening exchanges as both sides looked to be getting an early measure of the other.

Not that they needed too of course. The sides met twice in league duty previously this season and shared the spoils with a victory apiece.

Each also possessed Irish internationals within their ranks, Navan with two compared to Ardee/Dundalk’s one and with this familiarity, they would have known to expect such a tight encounter.

So close was it that the first points did not trouble the scoreboard until the 7th minute - with dead balls being the only points scored all afternoon - when the Louth men were penalised for holding in front of their posts and Graham Garland kicked over easily.

The response was a good one as Navan were forced on to the backfoot although their momentum was stalled somewhat when Ciaran Callaghan was forced off early after incurring a horrible whack to his knee.

It took 15 minutes before Ardee/Dundalk hit back through their own number 10 Brendan McDonnell who drove over a difficult kick from outside the 22.

Gartland’s accuracy deserted him with another penalty effort and although Neil Reilly and Eoin O’Malley forced them further forward, the next score would be for the Meath outfit after Paul Richard was hit with a high tackle and Garland claimed another penalty although a forward pass to help them advance to that position had gone unnoticed by the officials.

Matters were levelled in a second-half in which Ardee/Dundalk created much of the attacking attempts and although it was they who looked the likelier to find a try, in truth both sides defended so resolutely and resiliently that it was difficult to see one coming.

Conor Lenehan always looked lively and he burst past three on the way to helping win a penalty from a ruck that Navan were caught offside from as McDonnell equalised again.

Joseph Hannah then made a late assault on the line and came within a whisker of getting there with only the last man between him and the posts managing to haul him down as the clock hit the final moments.

It was there, from a well-contested ruck, that the referee inexplicably chose to award Navan a penalty. It was claimed afterwards that the indiscretion was for holding, although there seemed to be little evidence of that. Garland stepped up and duly converted to clinch a cup that his side have unbelievably won at every age group from U13 upwards.

The fact that the rub of the green just was not with them or that the Navan captain afterwards hailed it as the toughest game they have ever played will be of little consolation to the Ardee/Dundalk squad who left it all on the field but trudged off empty-handed.